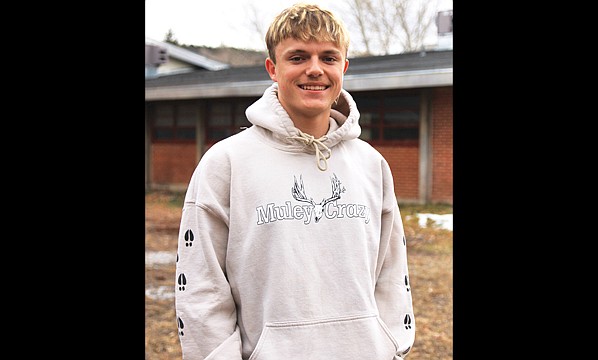 Kolby Payne is a senior at Williams High School. He has been attending school in Williams since kindergarten.

Kolby has played football, baseball and basketball for the Vikings.

Outside of school, Kolby worked for A Quality Water at the Williams Wastewater Treatment Plant. He also likes to snowboard when possible.

Kolby said his favorite classes were English as a freshman and sophomore with Mrs. Gutshall.

“She was definitely one of my favorite teachers,” he said.

“There’s a lot of people I’ll miss, especially the football coaches,” he said. “And many teachers who helped me get my grades up.”

He said he also will miss the support of the community.

After graduation, Kolby plans to attend Northern Arizona University to study criminal justice and minor in psychology and work in federal law enforcement.

If he took a road trip he would take Chance Pearson, Drew Logan, Danny Siegfried, Jason Olson, Joe Siegfried, Dawsyn Beebe, and many, many others.

“We are a tight knit group, we were all raised together,” he said.