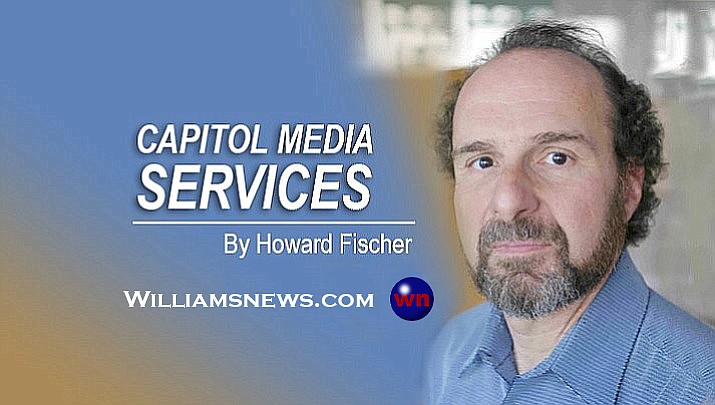 The unanimous vote by the Finance Committee followed testimony by a parade of women, some tearful, who told lawmakers of the emotional, physical -- and financial -- hassles of trying to get pregnant. They described in great detail the medical treatments they have undergone, some of which did result in a pregnancy and some of which did not.

And Dr. Randall Craig, an infertility specialist, said legislators should see the coverage as an investment in Arizona's financial future. He said the state needs more children to be born now to become the taxpayers of tomorrow.

But that issue of finances works both ways.

Marc Osborn who lobbies for Blue Cross Blue Shield of Arizona, figured that adding fertility treatments and procedures to the list of what already has to be covered would tack another 2 percent onto the cost of health insurance.

He said that would come on top of premiums now paid by employers that can run $20,000 a year per worker, even with employees paying some costs out of pocket. Osborn said that's why the Arizona Chamber of Commerce and Industry opposes the proposal.

"We have an affordability crisis,'' he said.

That theme was echoed by Sen. J.D. Mesnard, R-Chandler, who chairs the panel. He said it's one thing to keep adding mandates onto what has to be in health insurance policies sold in the state.

"And then, after a while, we look back and we start hearing from another segment who are not able to afford coverage at all because the totality of what we are covering is adding up so much,'' he said.

But Elizabeth Marshall, who told lawmakers her own process with in-vitro fertilization, said an actuarial study she obtained puts the price tag at $1.37 per month per insured.

Osborn, for his part, was sticking by his figures.

"We know what these things cost'' he told Capitol Media Services after the hearing, saying that comes from the fact that insurers already administer that coverage for private firms that self-insure and provide that benefit to workers.

What that leaves is the question of whether the costs of fertility treatments -- whatever they are and whoever pays them -- should be borne by individual families or the broader general public.

Jovan Heusser told lawmakers how she and her husband have been trying to get pregnant for the last 12 years.

"I have been diagnosed with autoimmune-related infertility, which means my body attacks my pregnancies,'' she said. In vitro fertilization resulted in five pregnancies, each resulting in a miscarriage.

"Each miscarriage is more devastating than the last,'' Heusser said.

She said she now has a doctor who believes he has found a way around her problem.

"The problem now is fertility treatments are too burdensome,'' Heusser said, saying prior treatments have cost $75,000, even with some insurance coverage, "which is quite a bit of money for a middle class working couple.''

Tyler Webb spoke of the inability of his wife, Lauren, to get pregnant without medical treatment "that exists and can be obtained, but only at a very steep cost.''

"If the treatment for a disease exists, should we only let those who can afford it benefit?'' he asked.

And Jennifer Klein told lawmakers there's no reason for insurers not to cover fertility issues.

"This is an illness, like diabetes, heart disease or cancer,'' she said.

Financial issues aside, the legislation could draw opposition on religious or moral grounds.

Ron Johnson who lobbies on behalf of the three bishops who represent Arizona Catholics, said they have no problem with mandating coverage for things like injections of progesterone. This drug makes the uterus more receptive to allowing a fertilized egg to be implanted.

But the legislation does not stop there. It also would require coverage for in vitro fertilization, where embryos are created in the lab and implanted into women.

"Once you start getting into the whole process of IVF and the storage of embryos and all that stuff, that's where the religious objections or concerns would come into place,'' Johnson explained. And at least part of that deals with what happens to embryos which are not needed.

Craig, for his part, urged lawmakers to focus on the "demographic and economic benefits'' to adding this as mandated coverage.

"Any society needs to have a replacement of 2.2 children per couple in order to survive as a society in the long term,'' he said. "We have a large number of people who are trying their best to having enough offspring to maintain this coverage.''

A report prepared of fertility rates for the Centers for Disease Control showed that rate in Arizona in 2017 was less than 1.8 children per woman over her lifetime.

And Craig said lawmakers need to think of this on a long-term basis. More women who can get pregnant means more children "who 20 to 30 years from now will become taxpayers,'' he said, generating far more than the cost of the fertility treatments.

The proposal also has the support of the American Cancer Society Cancer Action Network.

Lobbyist Brian Hummell told lawmakers that many forms of cancer treatment can "compromise'' a patient's fertility. He noted the legislation would pay for "fertility preservation,'' which can include the removal and storage of eggs for after-treatment use.

Osborn, however, warned lawmakers about a cost directly to state taxpayers.

He said said if the Legislature mandates such coverage for private insurers then they have to provide the same benefits to state employees.

And Osborn said that federal law spells out that if the state adds required benefits to the heavily subsidized policies written under the Affordable Care Act hat it has to reimburse the federal government for the additional cost.

Nothing in Tuesday's vote ensures the measure will become law, as it still needs approval during the regular session by House and Senate committees and both full chambers.