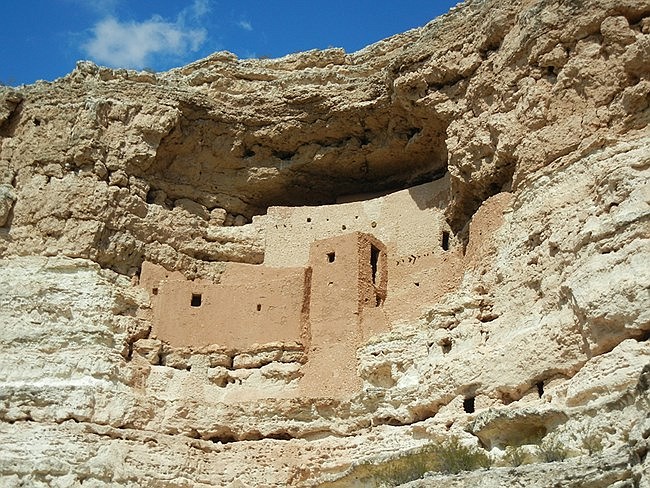 The 860-acre site protects a set of ancient cliff-dwellings built by the Sinagua people between about 1100 and 1425 C.E. It was officially named a national monument Dec. 8, 1906, as a result of the Antiquities Act championed by then-president Theodore Roosevelt. It is one of the four original sites designated National Monuments by Roosevelt during his presidency. Montezuma Castle was added to the National Register of Historic Places on Oct. 15, 1966.

The dwellings are not related to their namesake Aztec emporer — they were abandoned about 40 years before he was born. When European-Americans first looked at the site around the 1860s, they were under the mistaken assumption that he was connected to its construction.The site is not really a castle in the traditional sense either, as it functioned more like a prehistorc high-rise apartment complex.