Back at the net: Senior talent to lead Vikings hoopsters 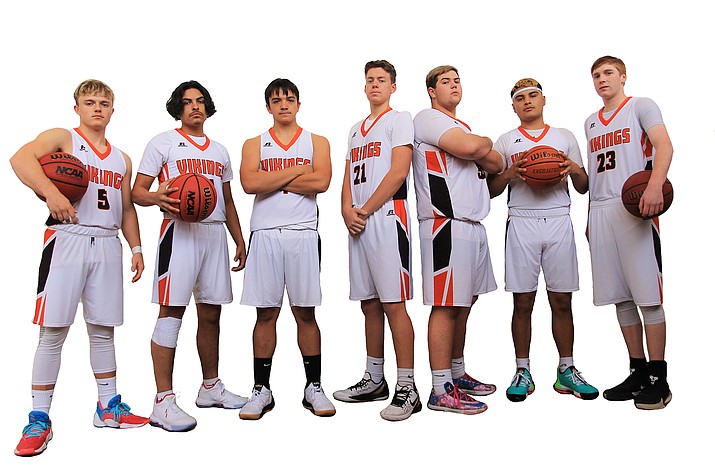 WILLIAMS, Ariz. — The Williams Vikings boys basketball team heads into the 2019-2020 season behind a cadre of senior talent.

Vikings head coach Troy Mortensen is looking at a mix of returning players and younger talent to fill the voids left by tall men Stephen Gary and Will McMenamin.

The 2018-2019 Vikings went 15-14 last year overall and 7-3 in the region, missing the 1A Conference postseason. The team failed to make it to the first round in the state championships which was won by the Gregory School over Ray, 79-51.

Mortensen said the recent Holiday Classic Basketball Tournament was an opportunity for the team to work on chemistry after a delayed start because of postseason football.

“This tournament hits about right,” he said. “We can get a bunch of games in and work out some of the kinks and get used to playing with each other.”

At the Holiday Classic tournament, the Vikings team lost twice to Joseph City and narrowly to Needles, but beat Basis, El Capitan and Hopi to place fourth in the tournament.

“I thought our game with Needles was by far the most complete game,” he said. “Needles was good and we battled with them and it could have gone either way.”

Mortensen said he expects success if the team works together.

“We’ve got kids that can play,” Mortensen said.

Mortensen said he will be relying on Zain Grantham for experienced ball handling and outside shooting, and David Lozano under the basket. Grantham averaged six points per game and Lozano nine.

“We are decent under the basket, but it changes the game when we can hit some outside shots and free things up in the middle,” he said.

He also is looking to his younger players to see time on the court. This includes sophomores Preston Ford and Oryn Orozco. Ford played 12 varsity games as a freshman, and Orozco made seven.

He said he is also expecting strong play from John Bryant and Luis-Lara Arredondo.

Mortensen said he is looking forward to the return of senior Caleb Betz and junior Caesar Santana who are both currently out with injuries. Betz was also injured last year, but played 14 games where he averaged 12 points and four rebounds per game. Santana averaged nine points and 11 rebounds per game.

“We are a little shorthanded but we have a bunch of kids who want to play hard,” he said. “I think it was a good tournament to see some potential, get some games in and see what everybody can do.”

Mortensen said Mogollon and Joseph City are the teams to beat in the region this year.