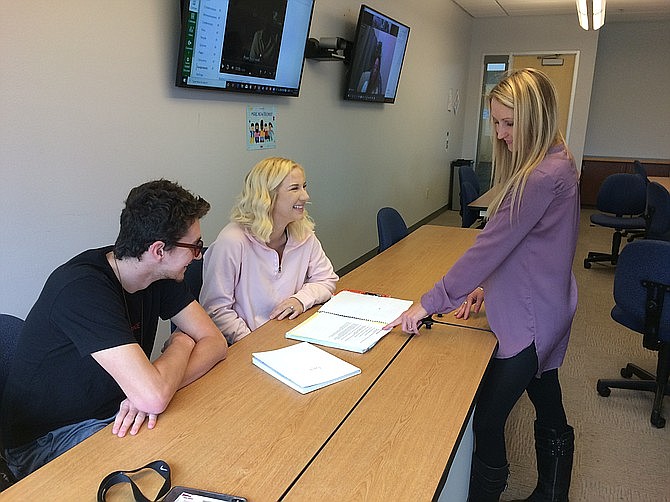 Yavapai College education professor Tara O’Neill is elated her students no longer have to weigh debt over their passion to shape the future through their career choice.

Thanks to Gov. Doug Ducey’s requirement that all Arizona state universities offer a tuition-free Teachers Academy, Yavapai College has teamed up with Northern Arizona University to increase the number of qualified teachers to fill openings not only in northern Arizona but across the state.

Arizona’s teacher vacancy rate today is at about 21%.

This program enables eligible college students, whether recent high school graduates or adults ready to return to the workforce, to become a certified educator tuition-free with the promise they will teach in an Arizona public district or charter school for as many years as they received free tuition. Those now in classrooms on emergency certificates are also eligible.

At Yavapai College, O’Neill said, she sees this just-started initiative to “solve Arizona’s teaching shortage” as an incentive to not only those already committed to a teaching career, but to those to whom the profession would appeal if salaries were higher. For many would-be teachers, salaries that remain among the lowest in the nation do not justify the high amount of debt incurred to become one, she said.

The tuition-free partnership between Yavapai College and NAU allows students to obtain certification across the spectrum from early childhood to high school. Special education certification is also covered.

Combined with Yavapai College’ Promise scholarship, that enables education majors who successfully complete their associate’s degree to be repaid their tuition costs, O’Neill said this offers a chance for a new-to-the-profession teachers to earn a bachelor’s degree for a sliver of past costs.

Still relatively new, O’Neill said she wants to spread the word so that an educational career becomes more appealing to those who have the qualities and skills to work in a public school classroom.

“We’re starting to see an influx of students who couldn’t before figure out a way to make it work, and now they can,” said O’Neill, noting the program dovetails with the Promise outreach to students who earned an equivalency high school diploma.

Prescott Unified School District Superintendent Joe Howard said he sees this as more than just free tuition. He sees this as a “creative” state effort that shows a renewed respect for what he considers a worthy, noble profession.

He, too, is delighted this offers an opportunity for “homegrown” teachers.

Because of the shortages in this county and elsewhere, Howard said leaders in the greater Prescott region are often forced to recruit at out-of-state teacher fairs. He said he would much prefer to be able to hire a Prescott High graduate that earned his or her degree from an Arizona university.

Howard earned his teaching credentials — both his bachelor’s and master’s degrees — at Northern Arizona University.

In Prescott, Howard said, he believes there is a lot of respect for this community’s educators. He said he finds it so gratifying to talk with high school students aspiring to become teachers for the next generation.

“We have great people right here at home, and if we can (hire) them first, we will,” Howard said.

This new program, combined with her Yavapai College Promise scholarship, makes it financially viable, she said.

Prior to this program, Beeson said she was anticipating college loans of up to $50,000 to finish her degree.

For Maritza Serrano of Sedona, a mother of two college-aged children, who graduated from high school in 1990, this program is making a “big difference.” Before this opportunity was unveiled, Serrano said she thought her only option was a scholarship to attend Arizona State University. This partnership will enable her to have free tuition, and stay closer to home, further reducing the cost to attain her dream.

A single mother of three, Elizabeth Ray, who last year finished her associate’s degree in elementary education at Yavapai College and now is attending Grand Canyon University, said she intends to rely on this partnership to finish her degree next year at Northern Arizona University. Without the tuition breaks and scholarships, she said, “cost would have slowed me down a lot more.”

“All three of these colleges worked together for me. They’ve really helped me be able to succeed,” Ray concluded.