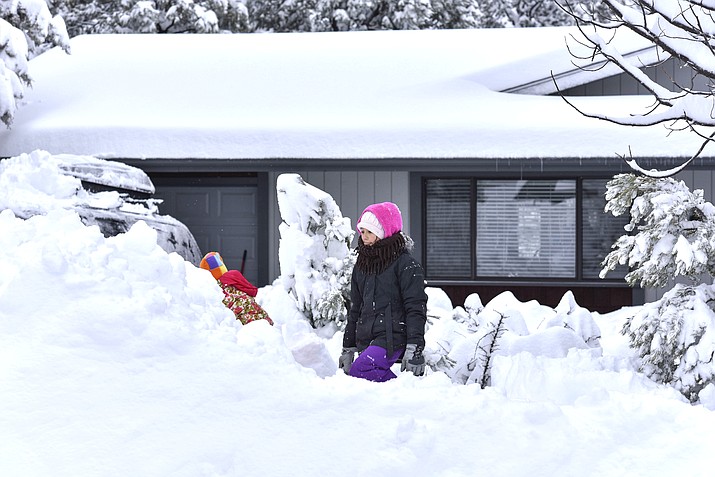 TUSAYAN, Ariz. — A winter storm dumped up to two feet of snow in some parts of northern Arizona Nov. 28 and 29, snarling operations at Grand Canyon National Park and prompting the gateway town of Tusayan to declare a state of emergency.

The town, as well as Grand Canyon Village, lost power around 3 a.m. Nov. 29 and Mayor Craig Sanderson said in an email to residents that it was not expected to be restored that day. 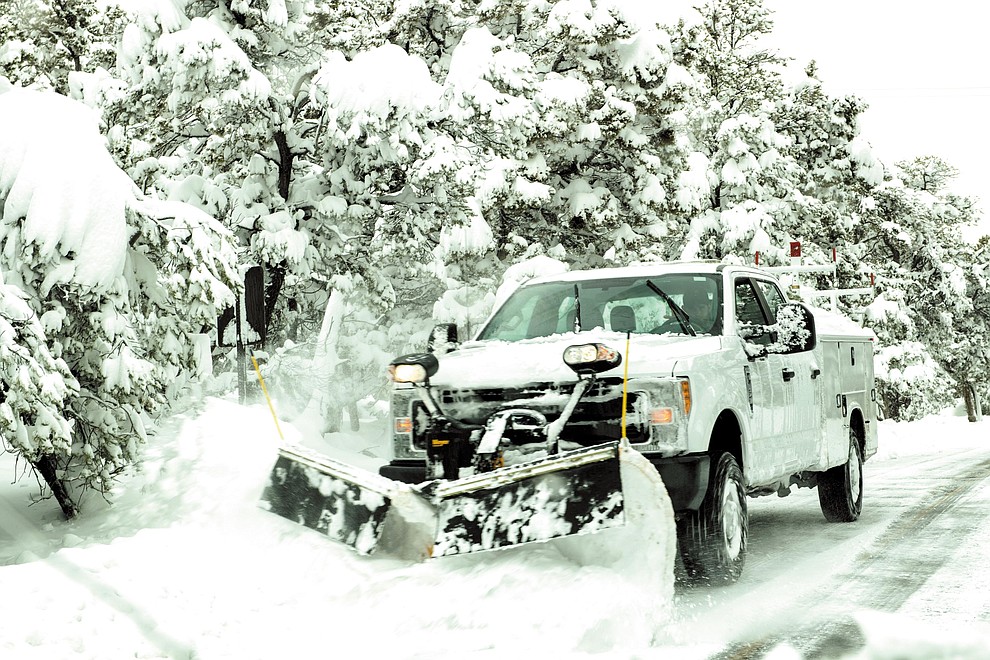 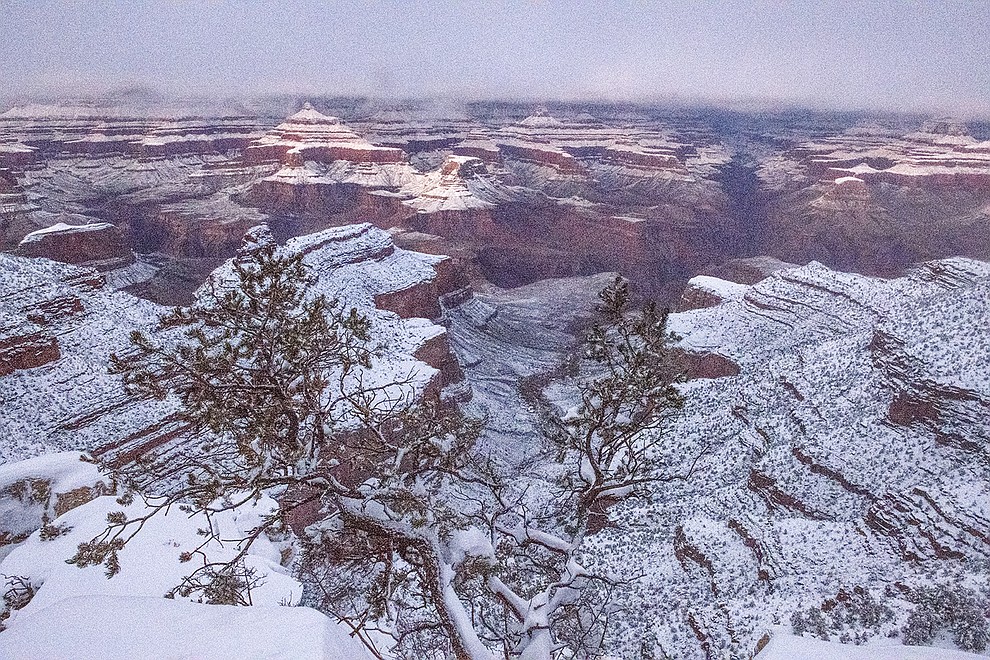 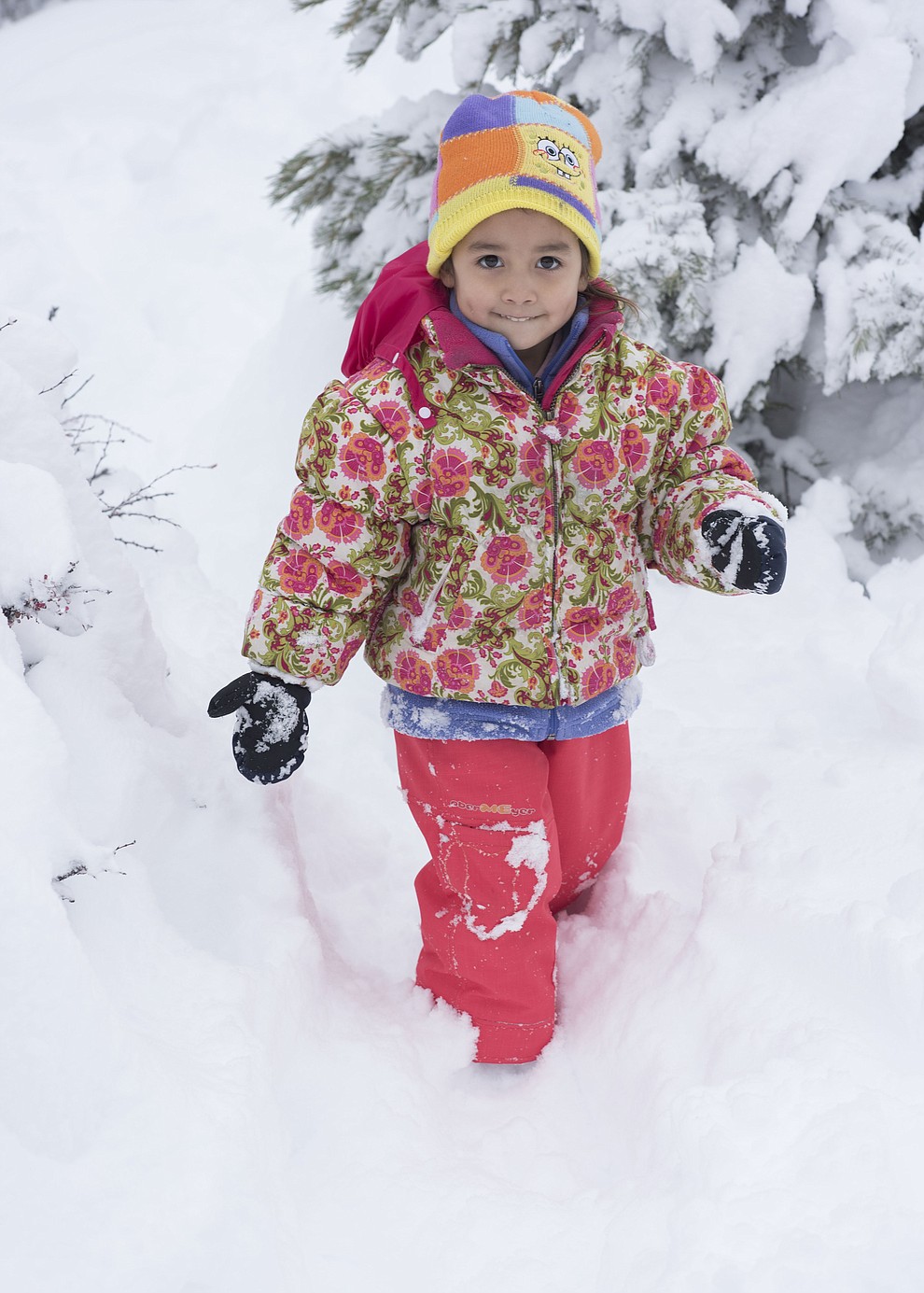 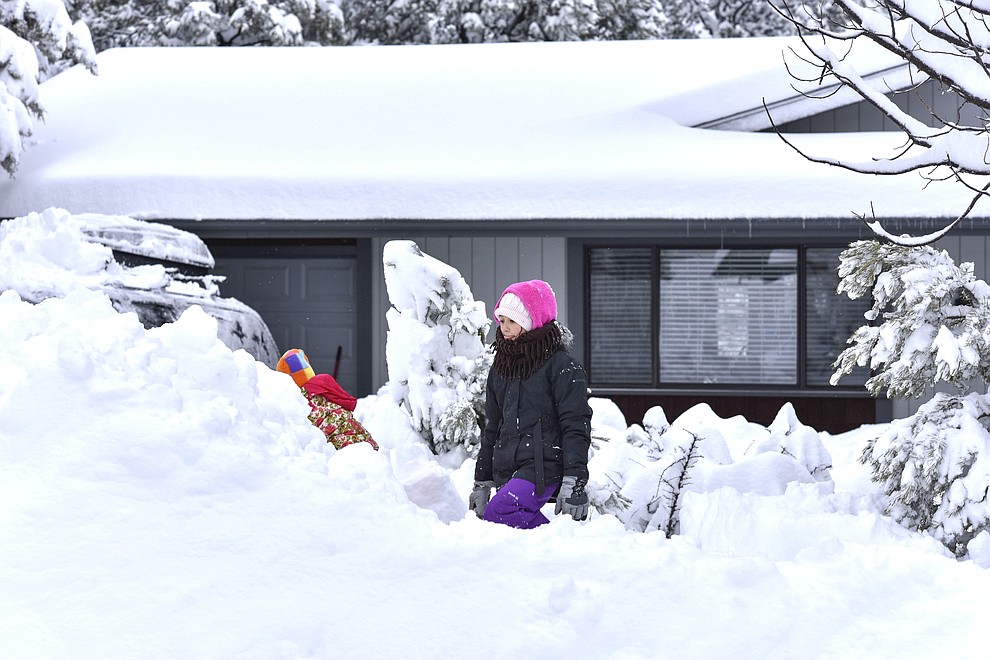 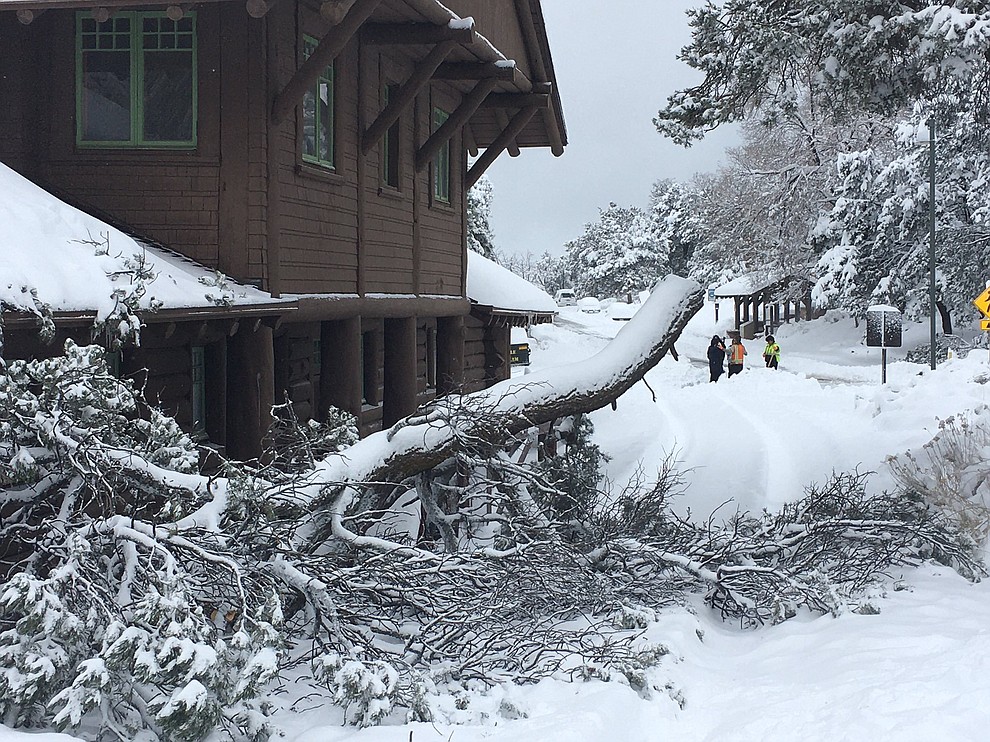 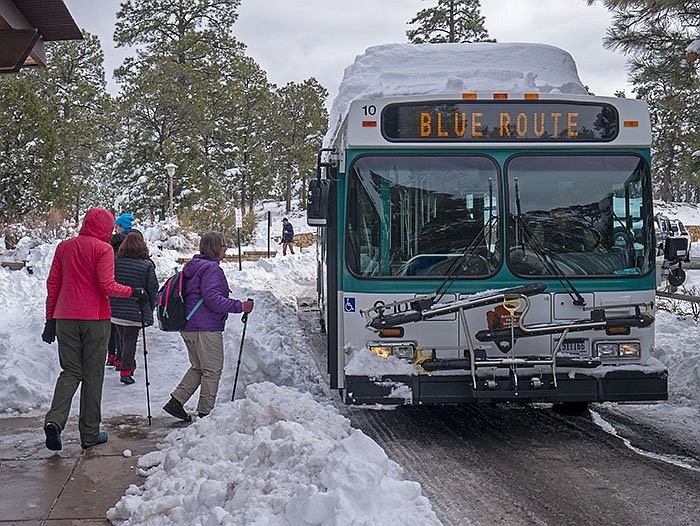 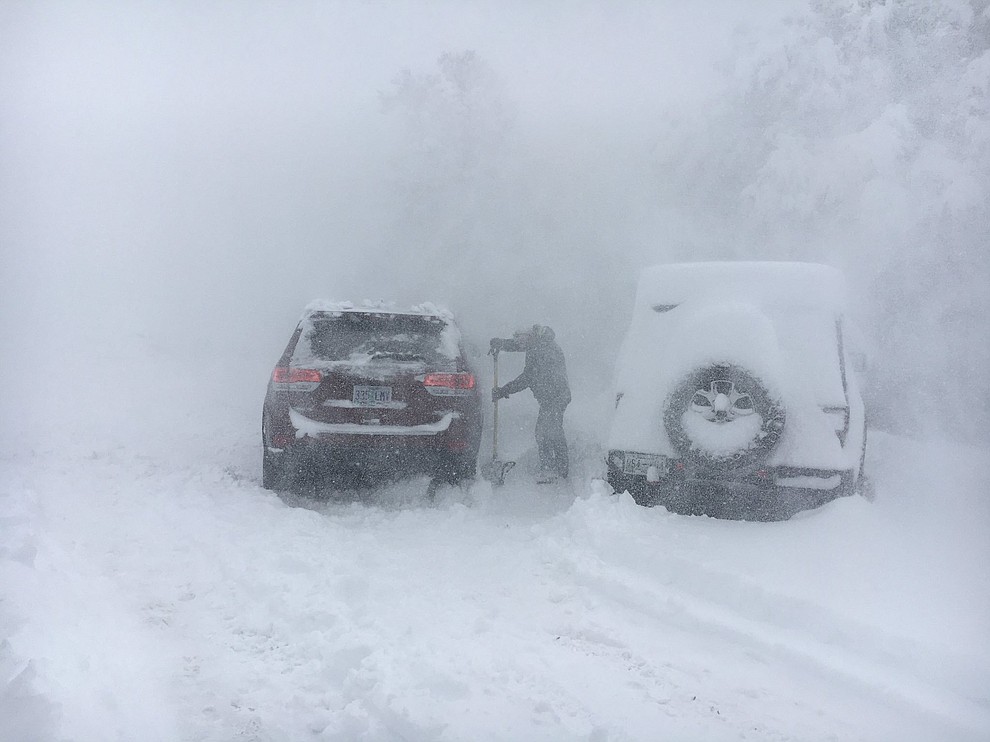 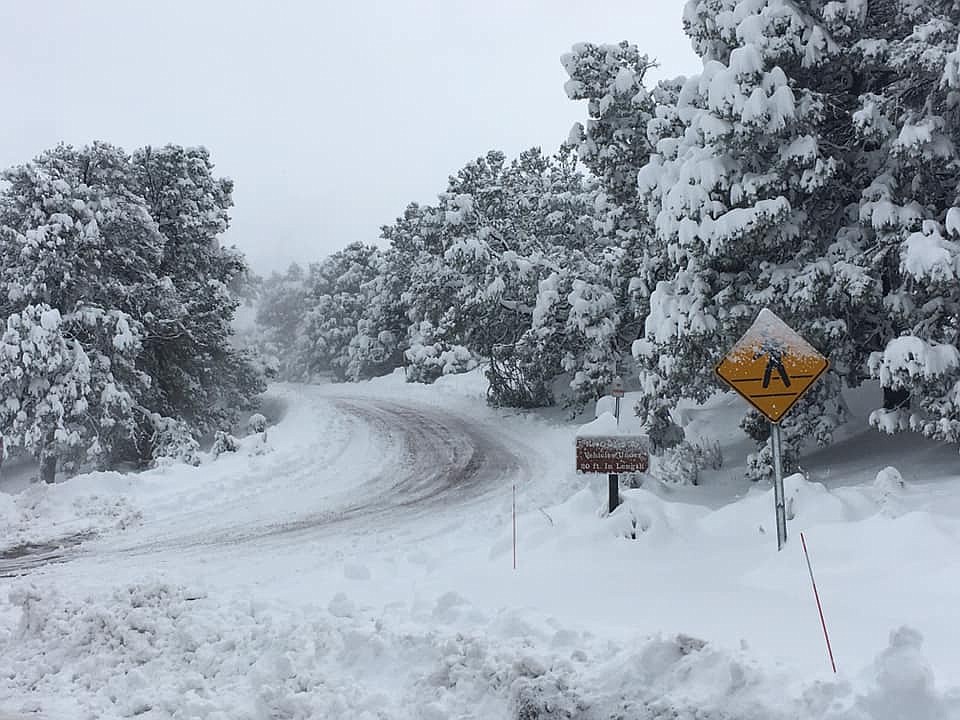 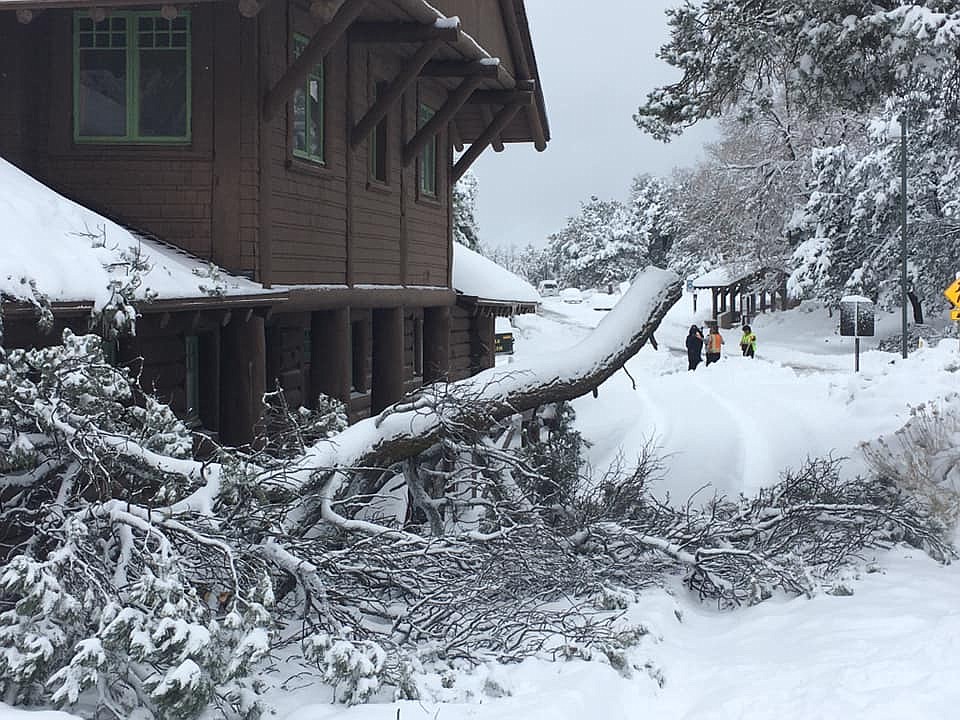 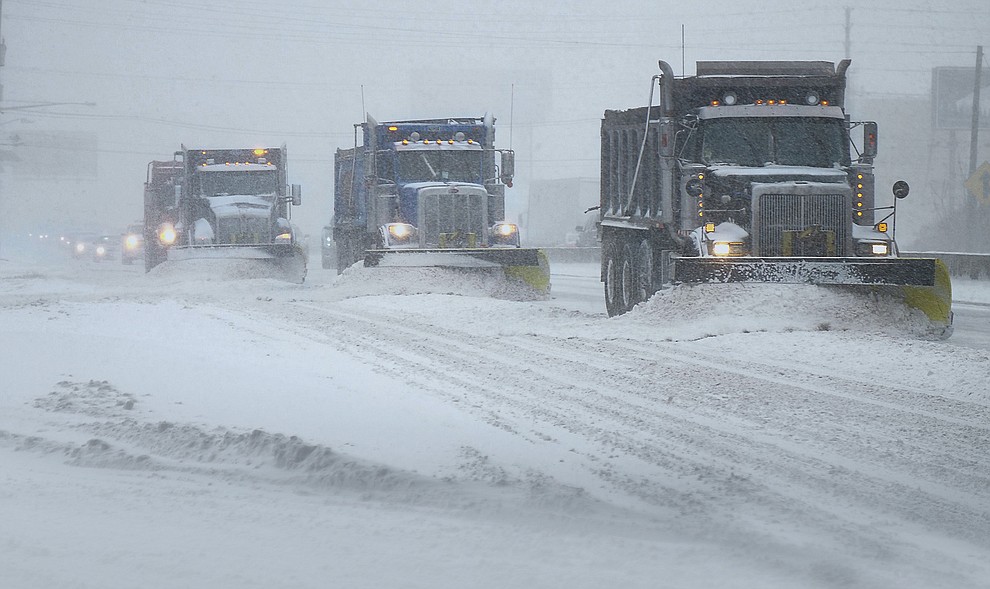 Snow Plows clearing a highway during a snow blizzard 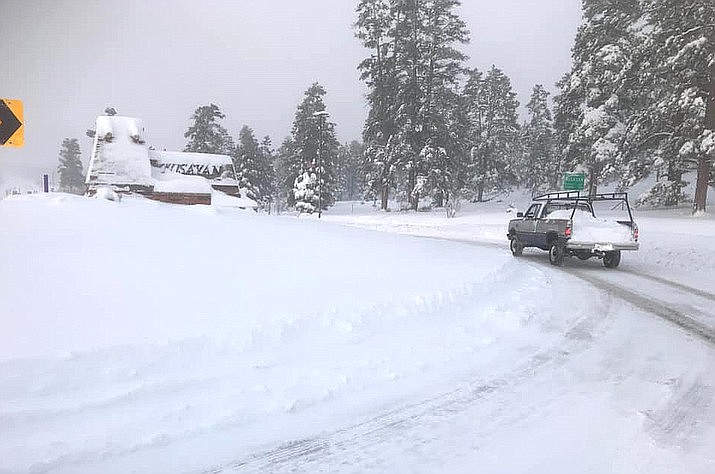 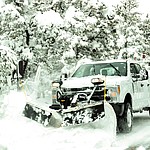 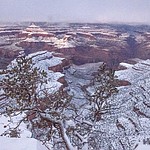 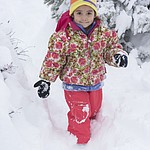 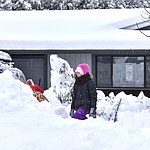 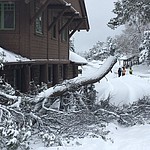 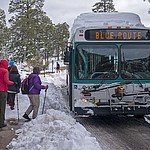 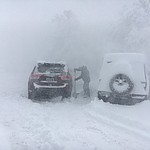 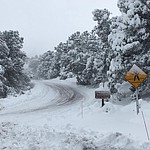 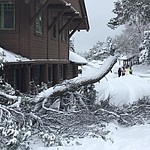 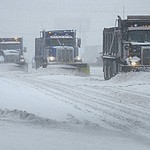 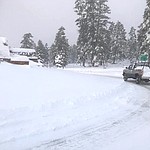 "The county is working with ADOT to keep Highway 64 passable in order to allow travel, allowing guests to find accommodations with heat," he said.

The National Park Service turned turned the Albright Training Center into a makeshift shelter with cots and blankets and offered to shuttle residents into the park, as nearly 1,000 tourists and residents had very limited access to heat, fuel or food service.

Although the South Rim remained open during and after the storm, NPS road crews had a challenging time clearing roads and parking lots. The park proactively closed Desert View Drive along the east rim so that resources could be allocated elsewhere and to avoid accidents on the curvy stretch of road between the park and Cameron about 50 miles away. 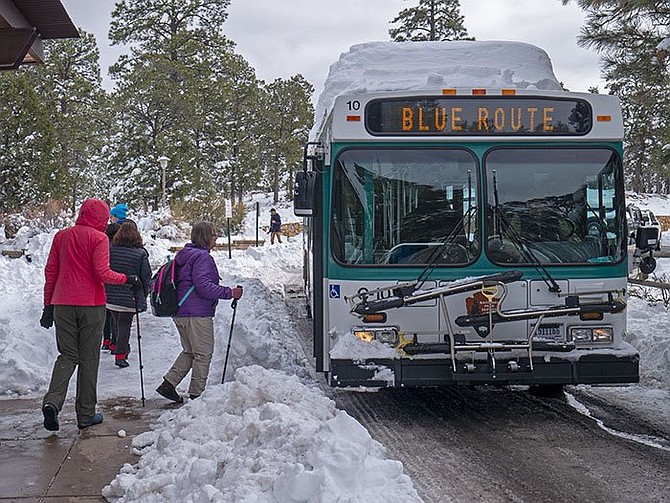 Roads and shuttle services reopened at Grand Canyon National Park, although many were still icy. (Photo/NPS)

The road has now reopened, but Hermit Drive, which travels 11 miles along the west rim, remains closed.

"Arizona Public Service worked non-stop for nearly 24 hours to restore electric," Sanderson said. "They were challenged with the inability to locate where the problem was because of the heavy snow and the low visibility. The electric utility vehicles were getting stuck in the deep snow and we couldn’t get a helicopter up to scout the lines.”

Along with Tusayan, Grand Canyon National Park is up and running again, although it is still working to clear snow off some roadways and remove some trees downed during the storm.

Sanderson said most of the problems in Tusayan have been resolved: now that electricity has been restored, restaurants are up and running, fuel pumps are working and residences and hotels have heat.

“Our local airport is working to clear snow off the runway and taxiway,” he said, noting that some tours will continue to operate. “Airplane tours of Grand Canyon at the South Rim did not fly Nov. 30 but the helicopter tours were able to operate. The Grand Canyon is an amazing sight from the air or ground with the snow down in the Canyon.”