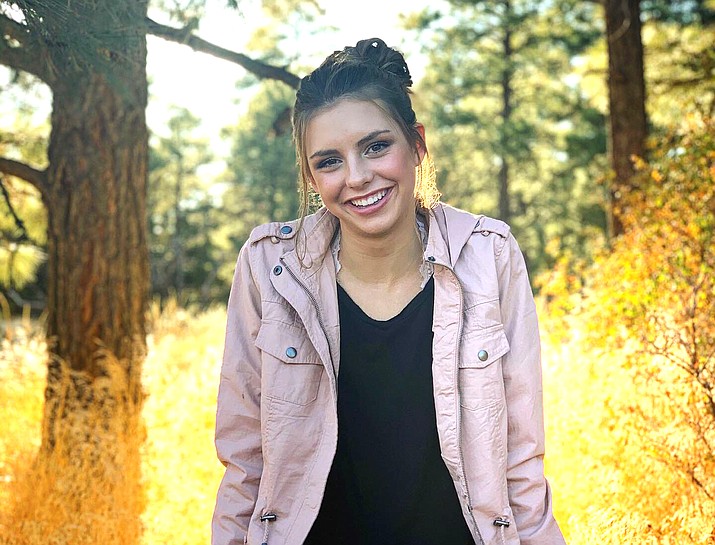 Brooklyn Maebe is raising money to attend a Down Under Sports golf tournament in Queensland, Australia July 11-20. (Submitted photo)

WILLIAMS, Ariz. — Brooklyn Maebe, a senior who plays volleyball at Williams High School, is raising money to go on a once in a lifetime trip to play golf along the southern coast of Australia.

Brooklyn was recently invited to represent Arizona by Down Under Sports, an internationally recognized sporting organization thathosts 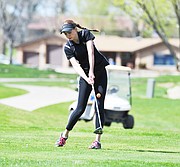 tournaments. Down Under Sports also hosts other international sport tournaments including basketball and volleyball, among others.

Brooklyn will be traveling to Queensland, Australia, between July 11-20, to participate in three tournaments.

“I’m really passionate about golf. I love it,” Maebe said. “It’s a ten day trip; there’s three different tournaments that we’ll do — one all-American tournament, 18-holes and a 36-hole international, so we’ll play people from across the world. There are also people from Australia who will teach us. So I just thought it would be really cool opportunity.”

Brooklyn has until May 1 to raise $5,000 to pay for the trip. This amount covers all expenses, including airfare, food and lodging. She said she needs to raise $2,000 by Jan. 1 in order to secure her spot at the event.

Brooklyn will be traveling by herself to Australia before meeting the group. She said she is nervous about traveling alone internationally, having only been out of the country once with her family.

“I am so excited. I am kind of nervous to go off by myself because I won’t know anyone,” she said. “They give you an option to bring a family a member along with you but I decided not to.”

Brooklyn started golfing three years ago during her sophomore year in high school. She has golfed with the Williams High School golf team since then.

“I began golfing as a joke with my older sister and her best friend … we did it as a joke and I loved it,” she said.

After the first year Brooklyn was hooked.

“I’m not the best at it but I love it because it’s an individual sport. You can work on it and yourself and it doesn’t really affect the team around you as much as volleyball and other sports,” she said. “I’m able to work on myself and improve my golfing without affecting my team as much. It really works on my patience and things like that.”

Brooklyn said her goal is to graduate high school with a golf scholarship. She said she would love to play at a higher level.

“Wherever the golf scholarship is, I’ll go to college there,” she said. “That’s my main goal but if I don’t I’ll probably just keep on doing it as more of a hobby. I’m not planning on spending money to go to a university unless I get a golf scholarship. If not I’m going to go to Coconino Community College.”

Regardless of whether she receives a scholarship or not, Brooklyn said she is excited for the opportunity to golf in a foreign country.

“I’m looking (forward) to golf at one of the professional Australian golf courses and be able to say that’s where I went golfing,” she said. “Down Under itself is a big organization itself … they are very thorough and make sure you understand what you’re getting yourself into.”

There are several different ways to donate to the trip: donate directly into Brooklyn’s account by donating online at https://DownUnderSports.com/LZI-QKV (case sensitive), make checks payable to: Down Under Sports and mail to Down Under Sports, P.O. Box 6010 North Logan, Utah 84341 or call Down Under Sports at (435) 753-4732.

Additionally, those who donate will be entered into a drawing for a trip for two to Australia and/or a subsequent drawing for a five-day cruse for two.

About Down Under Sports

Down Under Sports was founded in 1989, based on the dream of two New Zealanders named George and Shelley O’Scanlon. They fell in love with athletics, especially American football (gridiron). Their dream was to promote football in Australia and New Zealand. In 1979, George founded the New Zealand American Football Association (NZAFA). This was the first time that American Football was played in the Pacific. In 1989, they began inviting American high school football players to compete in New Zealand and Australia. Over the years, this tournament, which was given the name “The Down Under Bowl,” started to see overwhelming success.