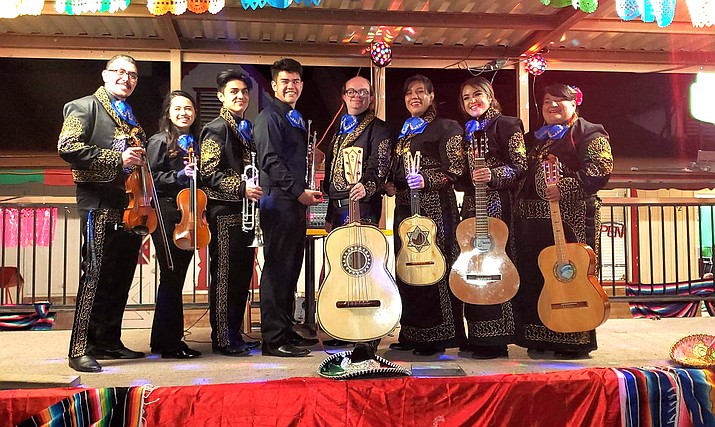 WILLIAMS, Ariz. — The NAU Mariachi Band, Mar y Sol, will perform the second Christmas/Advent concert in a series of four for the Williams community Dec. 8 at 4:30 p.m. at St. John’s Episcopal-Lutheran Church in Williams.

This is a free concert and open to the public.

Founded in 2015, Mar y Sol offers Flagstaff and neighboring communities a diverse and rich cultural heritage by sharing their love of mariachi music with others. The group loves to share music with families and friends, and introducing it to those who may have not heard mariachi music.

Since the 1930s, mariachi has been widely considered the quintessential Mexican folk-derived musical ensemble and has become an institution symbolic of Mexican music and culture.

Each year, St. John’s brings free musical entertainment to Williams during the four Sundays prior to Christmas – the season of Advent. After the concert, the congregation will serve refreshments in Walker Hall. This will also provide a chance to meet the musicians.

Walker Hall and the church are both handicap accessible. Parking is available along Grant Avenue and Second and Third Streets.