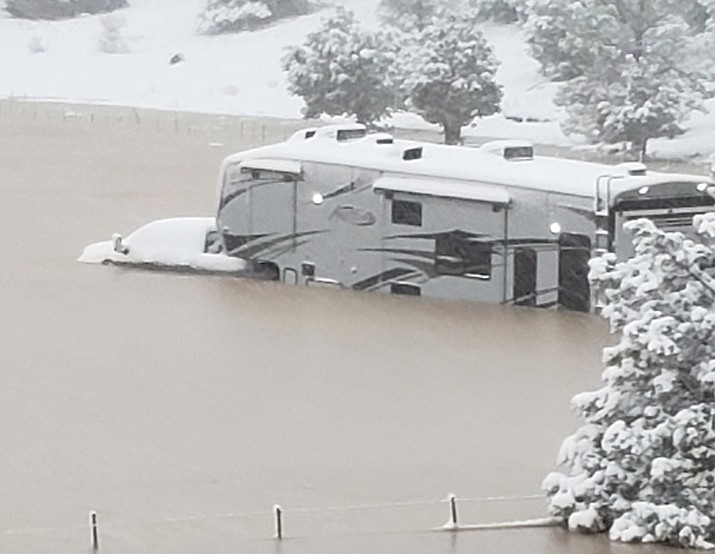 Three adults are in good condition following the rescue of a fifth wheel toy hauler and truck that became stranded in floodwater Nov. 29 near Camp Verde. 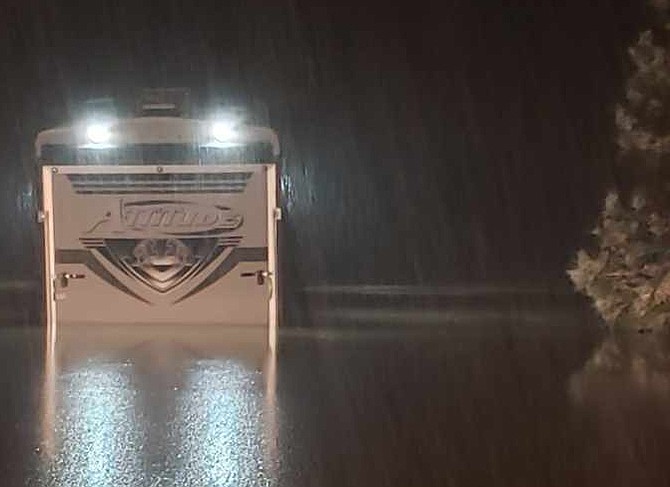 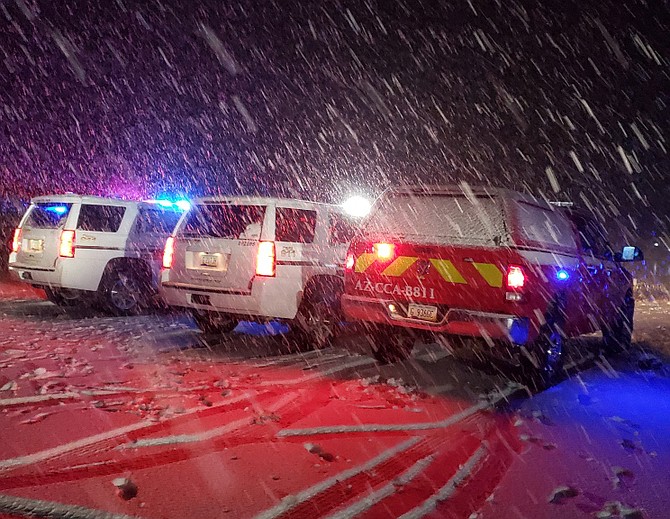 The major snowstorm in northern Arizona led to significant floodwater in lower elevations with multiple reports of flooded roadways.

Around 4:30 a.m. Nov. 29, the Yavapai County Sheriff’s Office received a call indicating floodwaters were surrounding a truck and fifth wheel toy hauler on Forest Road 142H, just off Highway 260 outside of Camp Verde.

The Camp Verde Marshal’s Office also assisted with communication by relaying the initial information to personnel from the Copper Canyon Fire and Medical District regarding a possible water rescue.

Temperatures were in the low 30s, with a light snow falling when deputies arrived. Officers found the truck and fifth wheel was surrounded by four to five feet of water with three adults trapped inside.

The Copper Canyon Fire water rescue team arrived a short time later and deployed a boat to reach the occupants. The team was able retrieve the adults without incident and relocate them to safety just after 6:30 a.m. 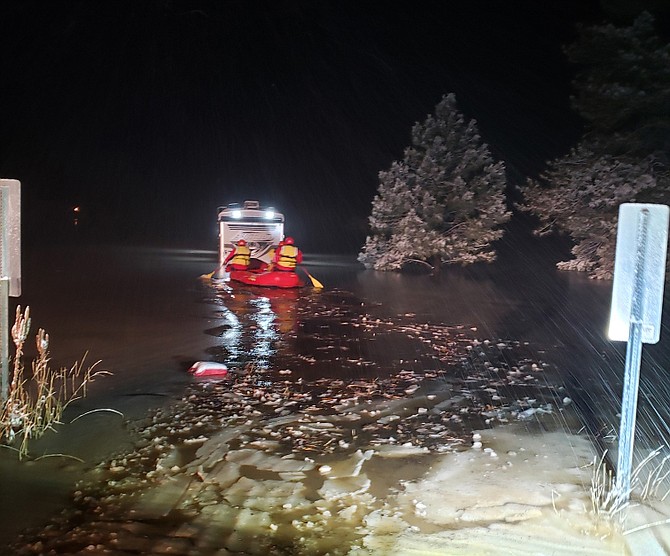 Deputies learned the group arrived in the area around 9 p.m Nov. 28 for an elk hunt and intended to set up camp the following morning.

Overnight there were steady rain showers in the vicinity causing the pasture to fill with water and reach flood levels.

The group was unaware of the rising water until early morning when they called for help.

The occupants of the trailer were taken to Camp Verde by Yavapai deputies. Other campers were contacted for welfare checks, but no assistance was needed.

YCSO would like to thank the Camp Verde Marshal's Office and Copper Canyon Fire and Medical District for a safe and effective interagency service.

"The group made the right decision to reach out for help as any attempt to move the vehicle or walkout could have resulted in serious injury, even death," YCSO said in a statement. "Higher ground will always be the best choice in situations where known storm activity is present and should be a consideration when setting camp under those conditions. This incident shows how quickly floodwaters can rise in just a few hours."