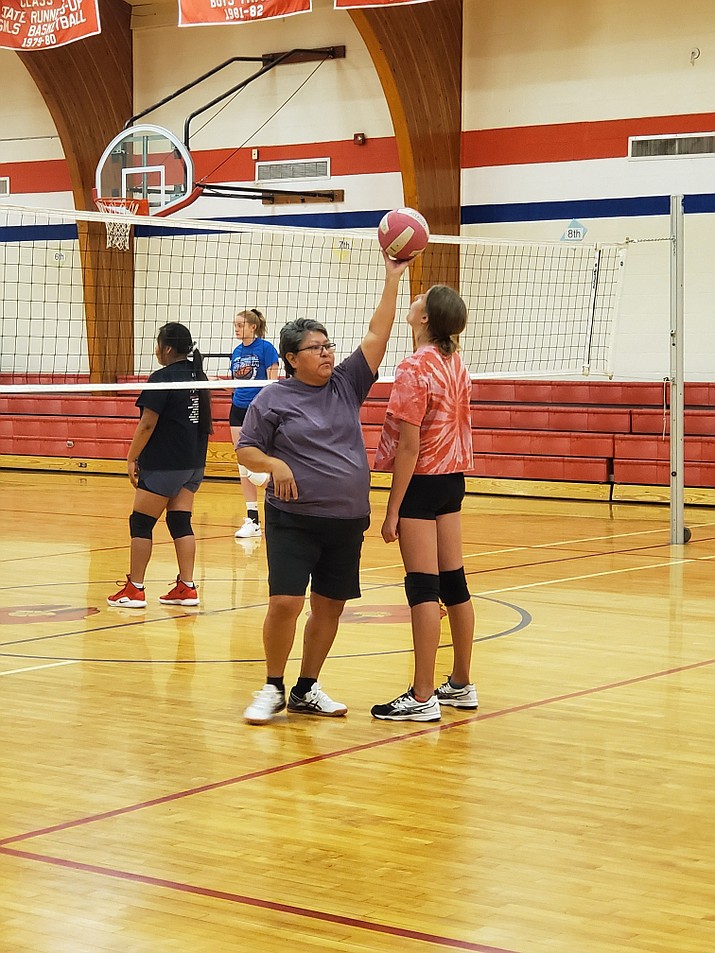 GRAND CANYON, Ariz. — With a big team excited to start the season, the Grand Canyon Phantoms volleyball team is hard at work for their first game Sept. 4.

The team has several returning players as well as a group of up and coming underclassmen that could see time on the court this season. Also new to the team is the coaching staff — Elyse Moreno, who has played volleyball in middle school, high school and college and graduated from Grand Canyon High School in 2015 and Leona Begishie, the school’s Native American aide.

As practices commence and the girls get familiar with their roles on the team, Moreno said team unity is the biggest thing she hopes to accomplish in the short term.

“This big focus that I have is unity,” she said. “I was us to come together and be a team this year and more like a family.”

Moreno said since the coaching staff is new, both to each other and the team, learning how to work together is a goal for the upcoming first game.

“We’re looking at how the team works together and plays together,” she said. “We’re working on fundamentals, as well as the lineups and watching who plays well together.”

The Phantoms begin their season Sept. 4 at home against BASIS Flagstaff. The junior varsity takes the court at 5 p.m. followed by the varsity squad at 6 p.m.