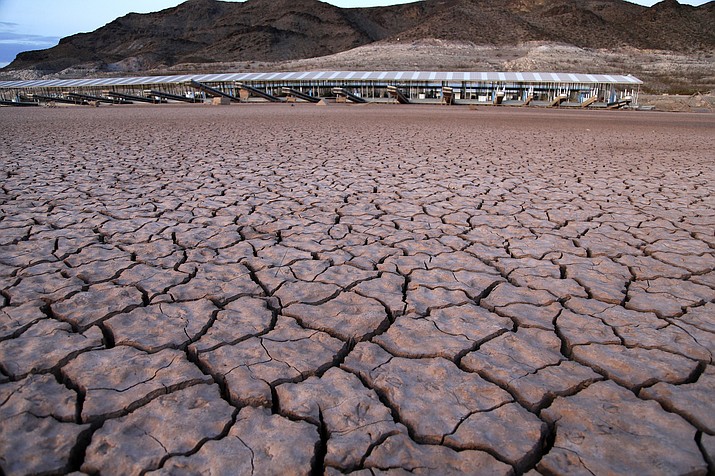 FLAGSTAFF, Ariz. — Snow piled up in the mountains across the U.S. West last winter, leaving enough to thrill skiers into the summer, swelling rivers and streams when it melted, and largely making wildfire restrictions unnecessary. But the wet weather can be misleading.

Climate change means the region is still getting drier and hotter.

“It only demonstrates the wide swings we have to manage going forward,” James Eklund, former director of the Upper Colorado River Commission, an interstate agency that ensures river water is doled out properly, said earlier this year. “You can put an ice cube — even an excellent ice cube — in a cup of hot coffee, but eventually it’s going to disappear.”

For the seven states relying on the Colorado River, which carries melted snow from the Rocky Mountains to the Gulf of California, that means a future with increasingly less water for farms and cities.

The U.S. Bureau of Reclamation said Lake Mead, a key reservoir on the Colorado River, has enough water to avoid mandatory cuts to users next year. But it will still be low enough that Nevada, Arizona and Mexico will make voluntary reductions, which they agreed to earlier this year under a drought contingency plan.

Here is a look at the Colorado River amid climate change:

Much of the water in the Colorado River and its tributaries originates as snow.

As temperatures rise and demand grows, the water supply declines. Even if more snow and rain fell, it wouldn’t necessarily all end up in the river. Plants will suck up more water, and it will evaporate quicker.

Brad Udall, a water and climate research scientist at Colorado State University, said the river’s flow could decrease even further to 20 percent by 2050 and 35 percent by 2100.

“On any given day, it’s hotter, we have more days for a growing season to occur, we have a thirstier atmosphere,” he said. “When you put all those things together, you lose flow in the river.”

Climate change doesn’t mean the American West will be hot and dry all the time. Extreme swings in weather are expected as part of a changing climate — something Udall has called “weather whiplash.”

The Southwest got a reprieve this year with average and above-average snowfall following a year that sent many states into extreme drought. Nearly empty reservoirs quickly rose, including Lake Mead and Lake Powell — the largest manmade reservoirs in the country that hold Colorado River water.

The lakes still are far below capacity, steadily declining since 2000 with a bigger spike after winter 2011.

“We’re very thankful for this gain in wet hydrology and storage in the reservoirs that happened this year, but we know we can lose it just as fast,” said Carly Jerla with the U.S. Bureau of Reclamation.

Many states declared an end to short-term drought this year, based on the U.S. Drought Monitor, which looks at land conditions.

The map is produced by the National Drought Migration Center, the U.S. Department of Agriculture and the National Oceanic and Atmospheric Administration.

But not all agencies use the same indicators for drought.

The U.S. Bureau of Reclamation uses Lake Mead on the Nevada-Arizona border and Lake Powell on the Arizona-Utah border. The reservoirs were nearly full in 1999 before the agency declared a drought the following year that hasn’t let up. As of Monday, Lake Powell was 57 percent full and Lake Mead was 39 percent full.

Jerla says the bureau won’t say the drought is over until those reservoirs fill completely, which won’t happen without consecutive years of wet weather.

The seven states that rely on the Colorado River signed a plan earlier this year to protect the waterway from climate change and keep Lake Mead and Lake Powell fuller.

The drought contingency plan is meant to keep the reservoirs from dropping so low that they cannot deliver water or produce hydropower amid prolonged drought and climate change.

In a Bureau of Reclamation report released Aug. 8, Lake Mead was projected to be slightly below 1,090 feet (332 meters) above sea level on Jan. 1. With the lake at that level, the drought contingency plan calls on Mexico to leave 3% of its normal share of water in the reservoir, the agency said.

Arizona agreed to leave 7 percent, and Nevada 3 percent under the plan. But Nevada is already using less than its share and likely won’t feel much of an effect, said Terry Fulp of the Bureau of Reclamation.

The drought contingency plan expires in 2026, and the states will begin negotiating new guidelines next year.