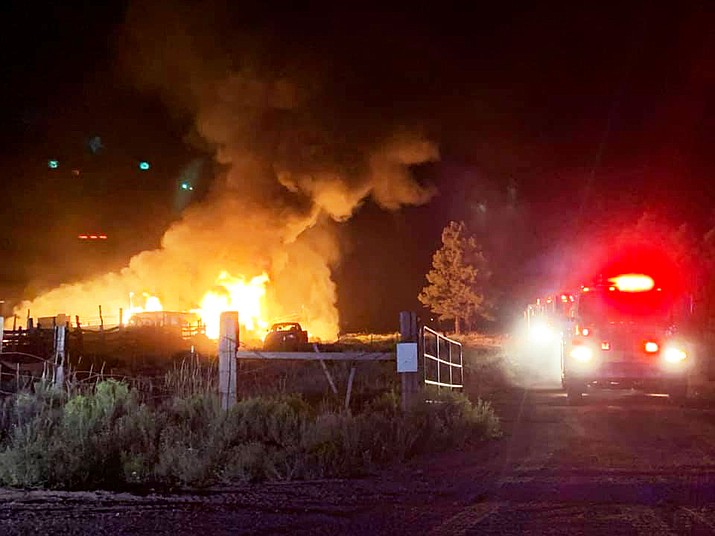 PARKS, Ariz. — Coconino County Sheriff’s Office is investigating a structural fire that left one person dead in the Spring Valley area of Parks. 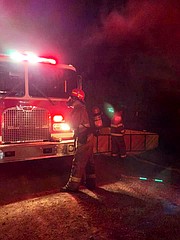 On Aug. 22, around 8:32 p.m., Coconino County Sheriff’s Office along with firefighters from Ponderosa Fire Department were called to a structure fire in the area of Spring Valley Road and North Mikaylah Way in Parks.

Upon arrival, units found two structures fully engulfed with fire. Firefighters were able to extinguish the fire and noticed shortly thereafter what appeared to be a deceased body in one of the structures.

Detectives with the sheriff’s office and fire investigators with Flagstaff Fire Department were called to the scene. Positive identification of the deceased subject is pending. The cause of the fire and the cause of death are still under investigation. According to Ponderosa Fire, the travel trailer and home were a complete loss.