Environmental groups call on Arizona to close uranium mine near Canyon 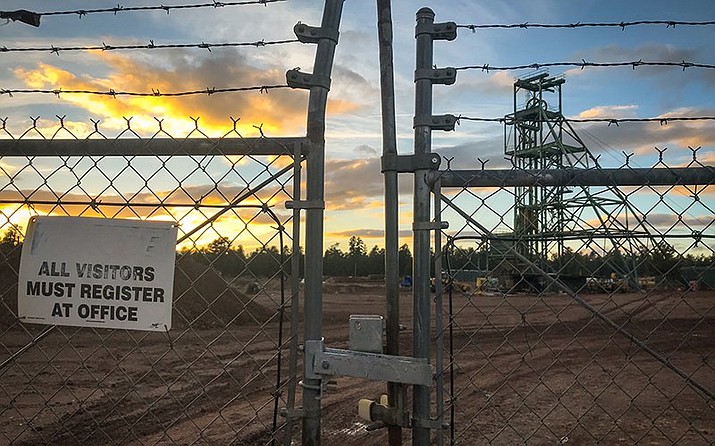 Energy Fuels Inc.'s Canyon Mine is located less than 10 miles from the gates of Grand Canyon National Park. The mine's groundwater permit is set to expire Aug. 31 unless renewed by the Arizona Department of Environmental Quality. (Chris Cadeau/Cronkite News)

FLAGSTAFF, Ariz. — The Sierra Club and other environmental groups have called for Arizona to shut down a uranium mine near Grand Canyon National Park, citing severe groundwater flooding that threatens to pollute drinking water.

The request was made in an Aug. 20 letter to the Arizona Department of Environmental Quality asking it to require Energy Fuels Resources Inc. to plug aquifers flooding the Canyon Mine and shut down operations. It said conditions at the mine “threaten irretrievable harm to perched and deep aquifers” in the Colorado Plateau and endanger humans and wildlife.

“Today’s circumstances — with nearly 10 million gallons of groundwater inundating the Canyon Mine annually — lay bare the false information and assumption upon which both ADEQ and the U.S. Forest Service predicated decisions approving mine operations,” the letter said. “Those decisions now threaten irretrievable harm to the environment.”

Canyon Mine, which is about 10 miles from the South Rim, was approved in the mid-1980s. Although Energy Fuels has not yet mined any uranium at the site, it has sunk a 1,470-foot shaft and drilled test holes in the uranium ore.

The environmental groups, which include the Center for Biological Diversity and the Grand Canyon Trust, cite Energy Fuels’ own reports that show a 2016 drilling that pierced aquifers causing a surge of contaminated water. According to Grand Canyon Trust’s Roger Clark, once uranium ore is disturbed, it oxidizes and becomes soluble.

In 2017, miners sprayed the contaminated water on the forest near the mine because the facility’s wastewater containment pond was full.

Energy Fuels’ groundwater permit is up for renewal at the end of August.