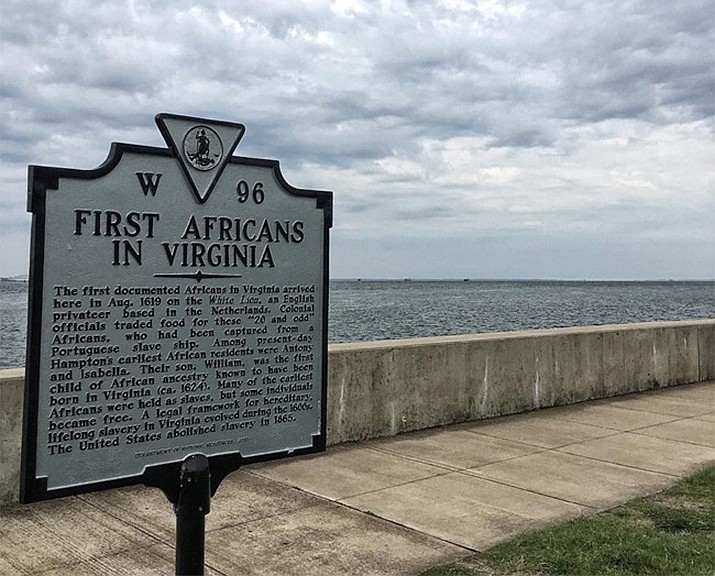 While Spanish explorers had previously brought enslaved people to what became the southern and southwestern United States, it was the arrival of the first enslaved Africans in English-occupied North America that led to African American bondage in the United States. The 13th Amendment ended slavery in the U.S., but the pursuit of equality and civil rights for all endures.

Aug. 25th will be a day of remembrance, healing, and reconciliation throughout the country. National parks, including Fort Monroe National Monument, will host programs and participate in a nationwide bell ringing at 3:00 PM EDT. Everyone across the country is encouraged to come together in solidarity to ring bells simultaneously for four minutes—one minute for each century—and mark the occasion on social media with #RingToRemember or #400Years.

The 400th anniversary is a year-long commemoration and conversation to recognize and highlight 400 years of African American history and accomplishments. The work of the 400 Years of African American History Commission, established by Congress and the President last year and administered by the National Park Service, extends to July 2020. Civic, historical, educational, artistic, religious, and other organizations are invited to coordinate and participate in activities designed to expand the collective understanding and appreciation of African American contributions to the American experience.

Aug. 25 also marks the 103rd anniversary of the legislation that established the National Park Service. All national parks will offer free admission for the day. The parks and programs of the National Park Service connect Americans and visitors from around the world with the nation’s notable landscapes, history, and outdoor opportunities. Each of the 419 national parks tells an important part of the collective story of America.

In addition to Aug. 25, the remaining entrance fee free days for 2019 are National Public Lands Day on Sept. 28 and Veterans Day on Nov. 11.