Williams monsoons: Where have all the storms gone? 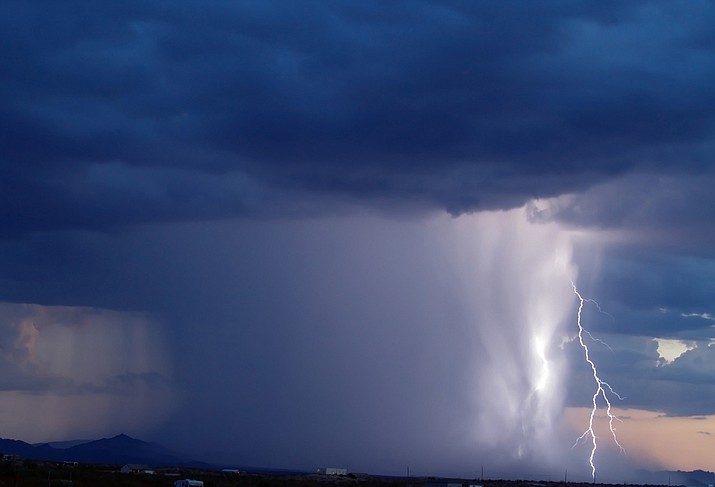 WILLIAMS, Ariz. — Northern Arizona residents looking forward to the cooling rains, mild temperatures and dramatic skies of the annual monsoon season have reason to be a little disappointed this year: the winds blowing in from the Pacific have kept the moisture to southeastern parts of the state.

“An unusually persistent westerly or southwesterly flow from the Pacific has kept a relatively dry air mass over northern Arizona, keeping the moist monsoon air mass to our south and east,” said Brian Klimowski at the National Weather Service in Flagstaff.

Although conditions seem far below average, with many people calling it the non-soon season, Klimowski said it’s not Williams’ driest season on record.

Klimowski said the agency gathers information from both automated gauges and manual observers in the local area. Through the Cooperative Observer Program administered by the National Oceanic and Atmospheric Administration, volunteers collect data such as temperature and rainfall from maintained observation sites.

According to Klimowski, the next week or so looks dry, but monsoon moisture is expected to return toward the end of August through early September.