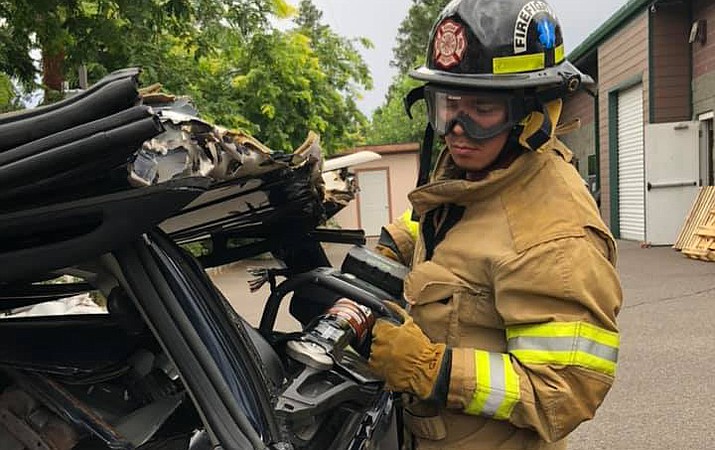 TUSAYAN, Ariz. — Thanks to planning and money from a contingency account, the Tusayan Town Council has agreed to fund the Tusayan Fire Department a total of $402,000 to put toward payroll and expenses for the next two fiscal years.

The town has been assisting the district by providing payroll funding for the past few years — the funds allow the department, which is largely volunteer, to staff a handful of full-time employees who maintain a set schedule throughout the year. In FY 2019, the town funded $335,000 to support the district’s payroll. In the past, the town has also funded the purchase of a ladder truck.

After the town’s home rule budget provision was nullified earlier this year, funding for the fire department was up in the air. Fire Chief Greg Brush said the department had a contingency plan and is considering what options are available for the coming years.

“We have some money set aside for the replacement of our engine,” Brush said. “Do we go to that or sit on it and see what the next fiscal year brings?”

One bright spot in the budgetary downturn is the department’s volunteer staff. Brush said the district currently has the highest number of volunteers it’s had in several years. In the past, the district has had trouble bringing in volunteers because of its remote location and because there are simply fewer volunteers to go around everywhere.

The department is also looking for ways to supplement money it receives from both the state and the town by applying for grants and participating in local events. The department recently received more than $2,000 from auctioning items at the town’s annual Fourth of July celebration, including a flag fashioned out of fire hose. The district also received new wildland fire gear and other equipment from a grant received earlier this year and was able to replace half of its air tanks through a Coconino County grant.