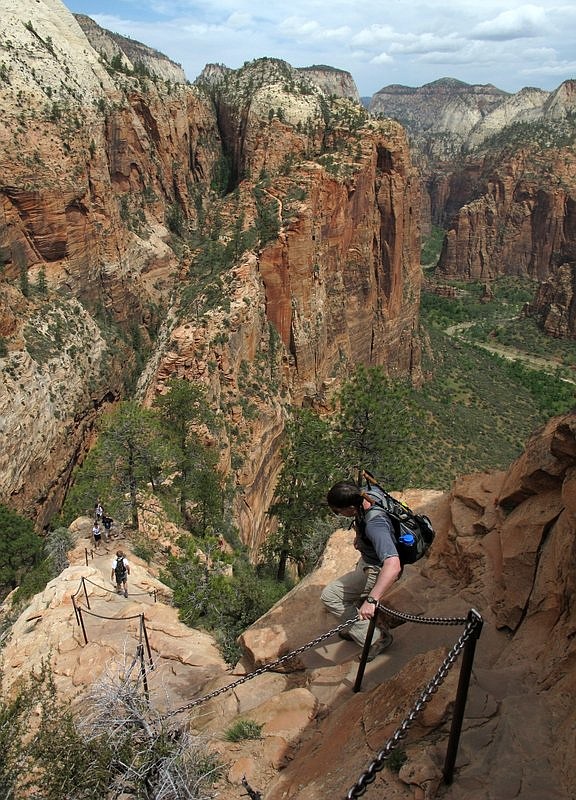 According to a press release crews will be replacing posts that support the chain sections on the trail. It is expected to re-open Thursday morning.

The trail to Angels Landing has protective chains along a 1,000-foot (304.8-meter) drop off on the way to 360-degree views of the canyon’s colorful 270 million-year-old rock layers cut by the Virgin River.

Visitors will still be able to access the nearby Scout Lookout and the West Rim Trail within the park during repairs.