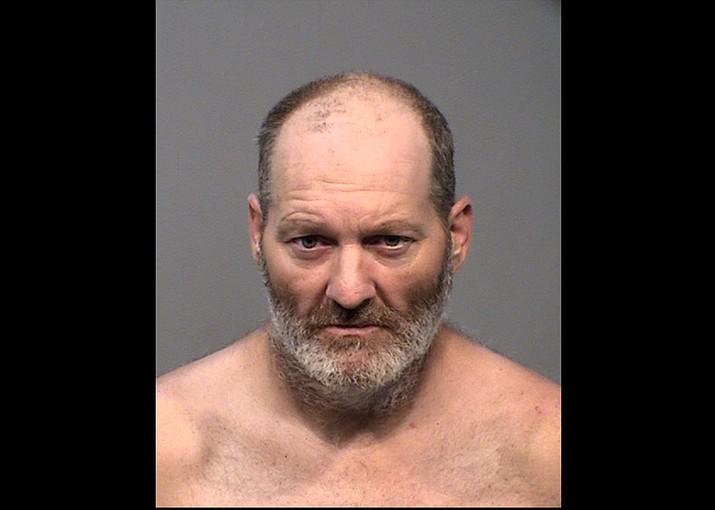 Charles Gregory Jones is being sought for the attempted murder of an Ash Fork woman. (YCSO/photo)

Charles Gregory Jones, 47, of Ash Fork is suspected of violating an order of protection and entering his mother’s property on Rocky Hill Road in Ash Fork Aug. 15.

Around 10:45 p.m. Aug. 15, YCSO deputies responded to a call for assistance at the home on Rocky Hill Road. Upon arrival, deputies found the victim alone, inside the house, suffering from numerous stab wounds to her chest and extremities, along with possible broken bones.

Jones had left the residence prior to the deputies’ arrival driving his mother’s vehicle.

The victim was airlifted to Flagstaff Medical Center with extensive, but non-life threatening injuries.

Jones is described as a white male, 6 feet in height, 195 lbs. with brown hair and green eyes.

Jones is driving his mother’s stolen 2005 silver Honda CRV, with Arizona license plate ABN7839. The vehicle is a four door.

Jones is likely in possession of a handgun and knife and considered armed and dangerous.

An extensive search for the suspect is underway. If anyone has information on the whereabouts of Jones and/or the Honda CRV, please call 911. Yavapai Silent Witness is offering a $500 reward for any tip leading the arrest of Jones. Call Silent Witness at 1800-932-3232 or go to yavapaisw.com to send a tip online.