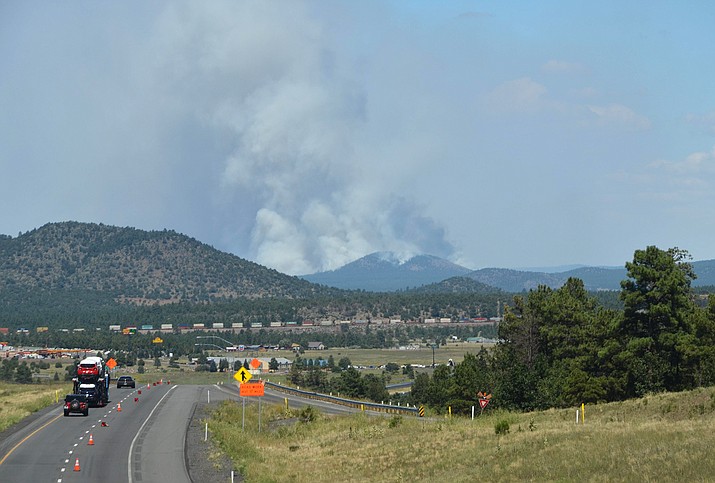 A noticeable increase in smoke volume could occur, however it will fade rapidly after the ignition operation is complete on the Boulin Fire northeast of Williams. (KNF/photo)

WILLIAMS, Ariz. – The Boulin Fire on the Williams Ranger District of Kaibab National Forest has grown to 756 acres. Fire officials are reminding the public to not operate drones near active wildfires.

Fire officials recently received a report from a local resident who witnessed seeing an individual preparing to operate an Unmanned Aircraft Systems (UAS), also known as “drones,” in the immediate fire area. Although no contact was made, it is critically important to remind people to avoid operating these type of aircraft anywhere near an active wildfire or prescribed fire to ensure the safety of firefighters and the effectiveness of operations.

“It may be hard for individuals who aren’t familiar with wildfire operations to understand why it’s so dangerous for them to fly a UAS over a wildfire,” said Jim Burton, Safety Officer on the Boulin Fire. “Firefighting aircraft typically fly in smoky, windy, and turbulent conditions. Safety depends on knowing what other aircraft are operating in the airspace and where they are at all times. This can be compromised by the presence of unauthorized aircraft, including UAS.”

The fire is benefiting forest health, reducing hazardous fuels, and improving protection of the communities within the urban interface, according to the forest officials.