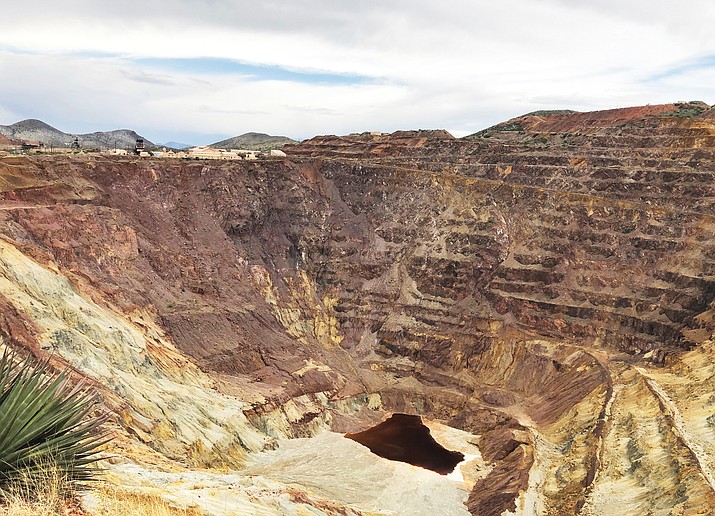 A federal judge overturned the U.S. Forest Service's approval of a Canadian company's planned new copper mine in southeastern Arizona. The judge ruled the agency improperly evaluated and considered water use associated with the Rosemont Mine planned on part of the Coronado National Forest. (Anita Snow/Associated Press)

PHOENIX — A federal judge has overturned the U.S. Forest Service's approval of plans for a new copper mine in southeastern Arizona in a decision that comes amid a larger battle across the West over the use of public lands for mining.

The judge ruled late July 31 that the agency improperly evaluated and considered water use issues associated with the Rosemont Mine project in the Santa Rita Mountains in the Coronado National Forest.

Conservation and tribal groups on Aug. 1 praised the ruling, saying it recognized that the Forest Service failed to protect public land and resources in mountains that are home to endangered jaguars and cougars, black bears and deer. The mountain range is also home to the Madera Canyon, one of the premier U.S. bird-watching spots.

Toronto-based Hudbay Minerals Inc. said it would appeal the ruling that blocks construction of the project southeast of Tucson. The company's stock plunged nearly 19 percent on the New York Stock Exchange to $3.96 per share Aug. 1.

The $1.9 billion Rosemont Mine, at a half-mile (0.8 kilometers) deep and a mile (1.6 kilometers) wide, was proposed to sprawl across federal, state and private land, leaving a waste pile the height of skyscraper.

Plans called for it to be built along a scenic highway that curves along grasslands dotted with wildflowers near Arizona wine country and the small community of Sonoita.

"The judge's ruling protects important springs and streams from being destroyed." said Randy Serraglio, conservation advocate at the Tucson-based Center for Biological Diversity. "We'll move forward with everything we've got to keep protecting this southern Arizona jewel from this toxic mine."

Serraglio's group, along with Save the Scenic Santa Ritas, the Arizona Mining Reform Coalition and the Arizona Grand Canyon Chapter of the Sierra Club this year sued to stop Rosemont, as did the Tohono O'odham Nation, the Pascua Yaqui Tribe and the Hopi Tribe.

The environmental law firm Earthjustice filed the request for an injunction to stop Hudbay from revving up its bulldozers.

"This ruling affirms the fundamental principle that nobody gets a free pass to destroy our public lands," said Stu Gillespie, an Earthjustice staff attorney.

The decision came after the Trump administration in late 2017 reduced the size of the Bear Ears National Monument in Utah by about 85 percent to allow for mining claims.

In New Mexico, tribal leaders have pressured U.S. officials to ban oil and gas exploration near the remnants of an ancient Pueblo civilization at Chaco Culture National Historical Park.

Hudbay Minerals said U.S. District Judge James A. Soto misinterpreted federal mining laws and Forest Service regulations and that it will appeal his ruling to the 9th U.S. Circuit Court of Appeals.

"We are extremely disappointed with the Court's decision. We strongly believe that the project conforms to federal laws and regulations that have been in place for decades," said Peter Kukielski, the company's interim President and Chief Executive Officer.

The Tucson and state chambers of commerce have supported the project, saying the project would immediately create 500 jobs and pump $16 billion into the local economy over 20 years.

Arizona produces about two-thirds of the U.S. copper used for wiring and other electronic products, generating about $5.38 billion in 2017, according to the Arizona Mining Association.