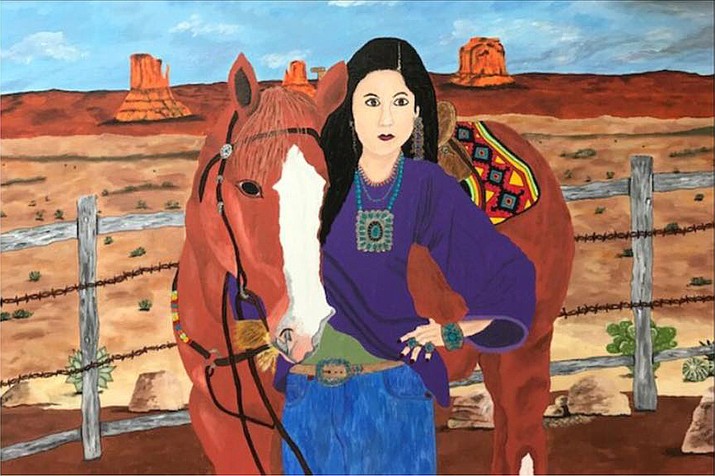 The Powell Museum displays a large collection of local art for sale. Collections have been moved to Glen Canyon Conservancy's archives while the building undergoes renovations. (Photo courtesy of The Powell Museum Facebook)

The building which houses the museum was originally built by the U.S. Bureau of Reclamation as a concrete testing lab for the construction of Glen Canyon Dam. Today, it is a repository for interpretive exhibits, historic collections, archives, a visitor information center, and retail space featuring books, maps, local art and items relating to the Colorado Plateau.

While the building undergoes renovation, the museum’s collections have been moved to the Conservancy’s archives. Museum employees are currently working at the organization’s flagship store, which will stay open extended hours because of the museum’s closure.

Glen Canyon Conservancy took over the museum and visitor center earlier this year. While the museum has traditionally also served as Page’s official visitor center, the Lake Powell Chronicle reported in May that it would no longer do so. Page’s mayor, Levi Tappan, told the Chronicle that the city and the Conservancy were looking into creating a new partnership that may fund a visitor center at the museum in the future, based on the city council’s priorities.

Powell set off from Green River, Wyoming, May 24, 1869, with four boats, 10 men and 7,000 pounds of food and supplies. They traveled downstream through parts of the present-day states of Colorado, Utah, and Arizona before reaching the confluence of the Colorado and Virgin Rivers in present-day Nevada. The trip took around three months, with six men and three boats emerging safely from the Grand Canyon mapping expedition.

Of the four men who left the expedition, only one lived to tell about it. Frank Goodman lived several years with the Paiute Indians before settling in Vernal, Utah with a family. Brothers Oramel and Seneca Howland, along with Bill Dunn, left the expedition just two days shy of its end. They were never seen alive again after hiking out of the Canyon: some historians, while still debating their ultimate fate, say they may have been killed by a local Native American tribe in a case of mistaken identity — the Powell expedition had a generally amicable trade relationship with the tribes they encountered along the journey. Others propose they may have been killed by a group of Mormons who felt they were sent to spy on them to the U.S. government.

The voyage produced the first detailed descriptions of much of the previously unexplored canyon country of the Colorado Plateau. Powell retraced part of the 1869 route on a second expedition in the winter of 1871 to 1872 and published The Exploration of the Colorado River and Its Canyons three years later.