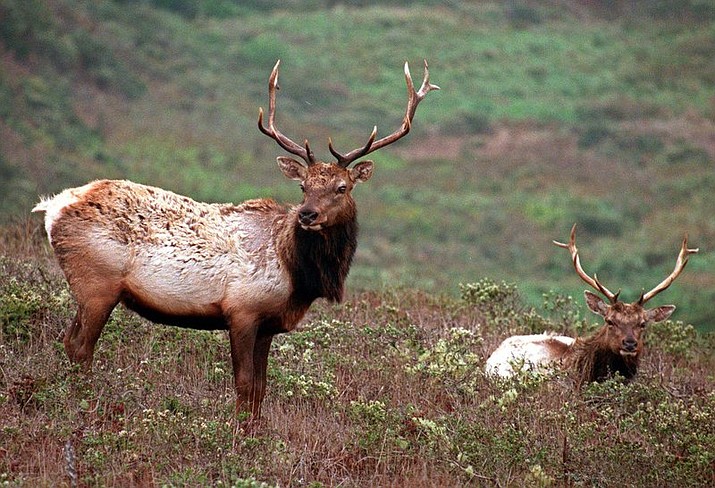 NPS is proposing to shoot a few Tule Elk each year as a way to reduce conflict with livestock that graze the park north of San Francisco. (Eric Risberg/Associated Press)

SACRAMENTO, Calif. — The National Park Service has proposed shooting a few elk each year as a way to reduce conflict with livestock that graze a park north of San Francisco.

The draft proposal for managing the Point Reyes National Seashore would restrict the herd of Tule Elk to 120 adult animals in an area known as Drakes Beach, The Sacramento Bee reported August 8.

The Tule Elk are North America’s smallest elk species and found only in California. On Point Reyes in western Marin County, they have been eating too much of the grass that farmers and ranchers rely on to feed their cattle.

The Park Service estimated it could shoot between 10 to 15 elk annually, based on the rapid growth of the herd over the past few years. In 2018, an estimated 124 elk roamed Drakes Beach, up from 76 in 2014. More than 600 elk live on the seashore.

About two dozen dairy and ranching families have leases on the national seashore and on the adjacent Golden Gate National Recreation Area. Agriculture takes up about a third of the park’s 44 square miles (114 square kilometers).

Some environmental groups prefer that the park prohibits livestock operations.