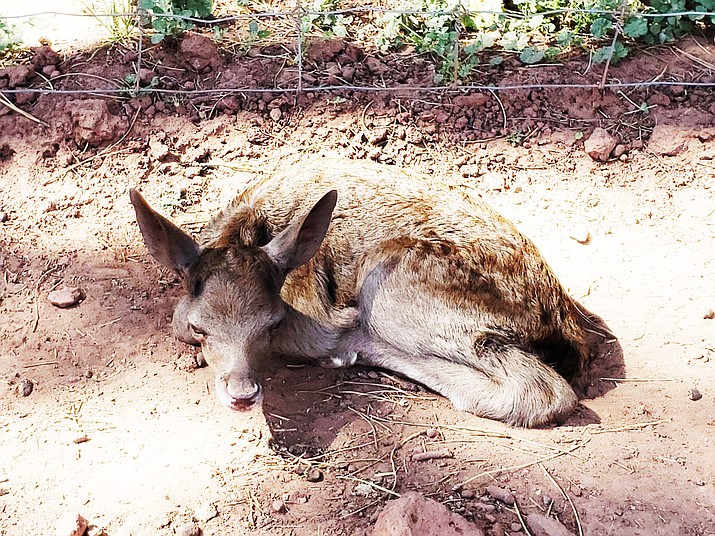 As it celebrates its 50th anniversary this year, the Grand Canyon Deer Farm is focusing on giving back to other organizations helping out in their communities.

Grand Canyon Deer Farm owner Patricia George said for the next two Saturdays – Aug. 10 and Aug. 17 – the farm will focus on lending a helping hand to animal rescue groups from Williams to Flagstaff to California.

August 10, George said the deer farm will donate half its proceeds to Turtles and More Rescue for Special Needs Pets. Turtles and More, founded by a local veterinary technician, doesn’t just rescue turtles but takes in a variety of animals who may need medical care in addition to a home.

“Crystal has been taking in animals and healing them – dogs, a guinea pig, turtles, even a pot belly pig,” George said. “Someone called her and said there’s a wandering pot-belly pig, can you come get it. She’s very caring.”

George said the pig ended up having a broken leg and Crystal spent money out of her pocket to care for the abandoned animal.

In addition to donating proceeds from the day’s business to the non-profit, George said she offered to let Crystal set up her own fundraiser. Turtles and More will have a face-painting booth for a small fee and George has donated stuffed animals for raffle prizes. All the money from these fundraisers will go to operating costs for the non-profit rescue.

Some of the proceeds will also be donated to Building Bridges Youth Farm in Flagstaff. The non-profit organization aims to teach children responsibility, compassion and health by relating to animals and nature.

“They use animals to relate to,” George said.

The following weekend, Aug. 17, George said the farm will host two live remote radio shows throughout the day and will be giving away prizes donated by the farm, including guest passes, merchandise and animal interactions. Half the proceeds from the day will be donated to Hold Your Horses Livestock Emergency Evacuation Response Team.

Hold Your Horses has been helping victims of devastating wildfires in California with their pets, but George said it’s also about helping the people who live there.

“After the fires are out, everyone goes home and the people who lived there are still there,” George said. “They’re one of the few organizations permitted to go into the area and rescue animals, but they’re also helping some people who are living in a Wal-Mart parking lot.

George said the organization uses donated funds to purchase trailers or other temporary living structures and provide them to those who lost their homes in the fires.

“We’ve been blessed for 50 years,” George said. “(This is) an opportunity for us to bless others who are helping people.”