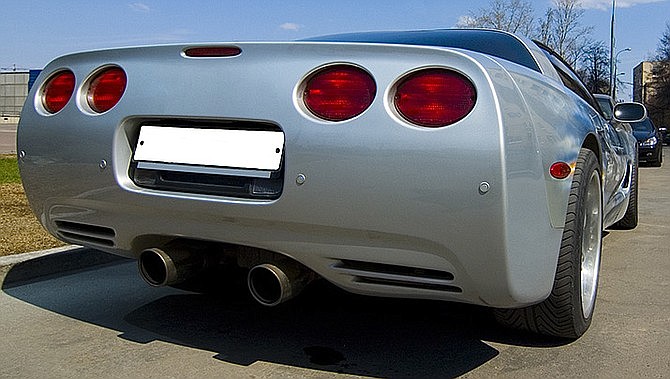 A man who allegedly used a stolen identity to purchase a sports car and stick the victim with the bill was arrested on a felony warrant after detectives with the Arizona Department of Transportation’s Office of Inspector General brought the case before a grand jury.

In March of last year, Randall Cepi, 31, concocted a scheme to use the personal information of a customer at the dealership where he was employed in Winslow to purchase a 2007 Chevrolet Corvette from a dealership in Flagstaff.

The victim came into the Nissan dealership where Cepi worked and bought a new half-ton pickup. About a week later, Cepi used her personal information to obtain a loan to buy the Corvette. He arranged to have the victim’s signature forged on the dealership and loan documents.

A few weeks later, the victim became aware of the scheme when she received insurance and loan information for a vehicle she did not purchase. She filed a complaint with ADOT’s Office of Inspector General (OIG), and detectives with the Dealer Investigation Unit opened an investigation.

The dealership in Flagstaff was made aware of the situation and called Cepi, demanding that he return the Corvette. Instead, he abandoned the sports car at the dealership in Winslow where he worked and disappeared. While searching for Cepi, ADOT detectives brought the case before a grand jury where the felony warrant was issued.

Cepi was found working at a dealership in Gallup, New Mexico where he was arrested by local authorities on July 29. He will be extradited to Arizona to face charges of fraud schemes and forgery, theft of means of transportation and taking the identity of another.

Checking your credit report after a major purchase, such as a vehicle, is a good way to make sure no one is using your information without your knowledge. Each of the major credit bureaus will provide you one free credit report each year.

The Office of Inspector General was established to ensure that ADOT programs prevent and deter fraud, abuse and employee misconduct. The ADOT 24-hour fraud hotline is available to anyone suspecting fraudulent activity concerning driver license, title and registration; criminal activity; and serious misconduct. The OIG Fraud Hotline for the Phoenix Area is 602-277-5684. Outside Phoenix call 877-712-2370. You can also email fraud@azdot.gov.