Tourism in the age of Instagram: Revenue adds challenges to preservation 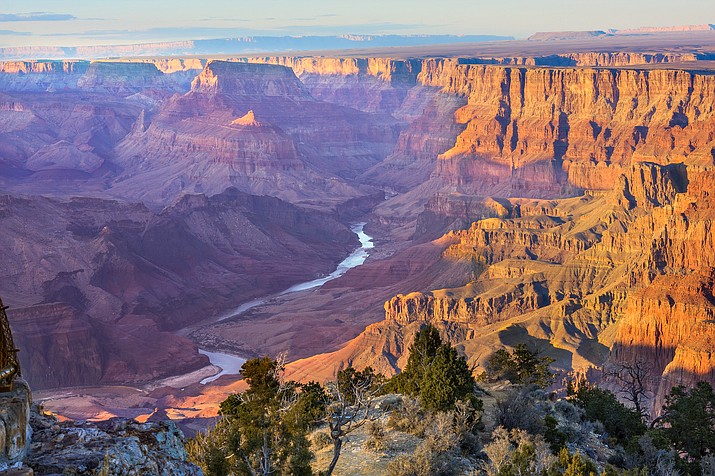 Alicyn Gitlin, conservation coordinator for the Sierra Club Grand Canyon Chapter, worries the promotion of natural wonders in Arizona could threaten the picturesque wilderness tourists are clambering to see for themselves. (Stock photo)

PHOENIX — Tourism continues to expand in Arizona, a boon for jobs, development and tax revenue, but the growth presents challenges to preserving the natural beauty drawing visitors to the state.

“It just really appears that there is a problem as far as people management,” said Alicyn Gitlin of the Sierra Club. “But it’s a fine line because you want people to have access to this place that belongs to all of us.”

The tensions between economic driver and environmental impact are revealed in the numbers of dollars and people, both of which reach into the millions. Tourists generate jobs and tax revenue, some of which is spent on advertising to lure even more tourists and build the roads and other infrastructure needed to accommodate them. Selfie culture and social media increases such strains as littering and overuse on the most picturesque sites, and visitors forego the excitement of exploring the unfamiliar in favor of social media likes.

In 2018, for the first time in Arizona history, more than 45 million tourists generated more than $1 billion in state tax revenue, surpassing the record set the previous year by 8 percent, according to the Arizona Office of Tourism. These visitors help support about 200,000 jobs and provide $7.4 billion in earnings for Arizona workers.

Flagstaff is one of the primary destinations for visitors, enticing tourists with its craft beer scene, connection to lunar missions, Route 66 nostalgia, proximity to Lowell Observatory and, above all, its status as a portal to Arizona’s natural splendors. The city’s proximity to the Grand Canyon, the nation’s largest ponderosa pine forest and the red rocks of Sedona is a large part of why visitors from across the globe spend more than $500 million each year in Flagstaff, according to a 2017-18 tourism study from the Arizona Office of Tourism.

Debbie Johnson, director of the Arizona Office of Tourism, said tourism spending in Arizona reduces each resident’s tax burden by more than $1,300 per year.

“Tourism revenue is a big chunk of their government provided services,” Johnson said.

To maintain their same level of service for residents in Coconino County, it would be $3,000 more a household.

In Flagstaff, 5 million annual visitors provide 8,000 jobs, said Meg Roederer, spokeswoman for Discover Flagstaff, the city’s tourism agency. And much of the money collected from the bed, board and beverage tax that tourists pay is spent developing infrastructure to help absorb the increased traffic.

“If you’re dining in our restaurants, if you’re staying in our hotels, you are going to be contributing to our economy,” Roederer said. “Our parks and recreation department gets a portion of it, public art … and arts and sciences education programming for students.”

Some of the money also goes back into the city’s visitor center, tour guides and media operation Roederer said.

Gitlin, conservation coordinator for the Sierra Club Grand Canyon Chapter, worries the promotion of natural wonders in Arizona could threaten the picturesque wilderness tourists are clambering to see for themselves.

“People are seeing more photos online and they are going to specific locations instead of wandering and distributing themselves around,” Gitlin said. “There are a few sites that tend to get a lot of impact.”

Gitlin was hesitant to give examples, lest the publicity attract further traffic to the sites, but she did mention End of the World, a popular campsite in Coconino National Forest. The often promoted site sits at the end of a 29-mile road, which Gitlin warns makes proper safety and etiquette even more of a priority.

People crave the experience being sold to them through marketing and advertising, she said. When everyone gravitates to the same locations, the heavy foot traffic may trample the local flora or lead to increased litter.

The power of marketing can pressure local infrastructure beyond its capabilities.

“Flagstaff started marketing itself as … Arizona’s winter wonderland,” Gitlin said. “And all of a sudden, all of these people came up and they wanted to play in the snow. There’s really not a lot of infrastructure to direct people to places where they can safely play in the snow. And so what they end up doing is crowding the highways, crowding the roads, and participating in unsafe activities.”

For Gitlin, this advertising problem isn’t limited to tourism boards. The rise of selfie culture and social media plays a huge part in tourists flocking to iconic wilderness sites.

“I’ve heard of hiking guides who have said their clients come in, and they’re like, ‘Where’s the tree?’” she said. “You know, the tree that everybody’s got the picture of on Instagram?”

Some people have noticed this problem and have creatively utilized social media to address it.

“A lot of people I know have recently started using ‘#somewhere,’” Gitlin said. “Which is, I think, a really nice way of inspiring people to go out and explore on their own.”

She noted that the plugged-in culture can also negate the whole point of visiting these spots for tourists, too.

“That’s not why you’re here — to get to get that one picture,” she said. “People need to visit these areas and be able to turn off their electronics and be in nature. I mean, there’s so many health effects that are being shown from being in places where you’re surrounded by natural landscapes.”

With the Museum Fire currently burning more than 1,800 acres in the Dry Lake Hills area north of Flagstaff and limiting access to many sites in the Coconino National Forest, Gitlin said overcrowded areas are an even greater problem.

Still, many of the strains tourists put on nature can be mitigated through education.

“It’s a tricky question, because you want to get people into nature. You want them to learn to love it,” Gitlin said. “But you also want them to love it in a way that’s going to leave it better than when they came.”

She wants to see schools teaching respect for nature at an early age; she is even more eager to see adults practice good stewardship.

Simple things like sticking to paths, picking up your trash, taking time to look at the stars, instead of having to have a campfire every time you’re outside would go a long way, Gitlin said.

“If you do have a campfire, make sure that you have ample water and a shovel on you that you’re able to put it out,” she added. “Put your hand on it and make sure that it’s cool to the touch before you leave it, not leaving it burning overnight.”

Discover Flagstaff is aware of the potential problems with increased tourism and seeks to be proactive, promoting eco-tourism, a sustainable approach to visitation.

“As far as preservation of our area and responsible tourism, we do market a ‘stay and play responsibly’ messaging for our visitors,” Roederer said. “If you pack it in, you pack it out, you leave no trace.”

Discover Flagstaff’s website touts many of the city’s environmental accolades, from its water-saving practices to its designation as the U.S. city with the cleanest air by the American Lung Association. Flagstaff is also the first International Dark Sky City, a recognition of its efforts to curb light pollution. The website also maintains a list of eco-friendly attractions, hotels and restaurants.

Discover the new, preserve the old

Gitlin said government involvement has led to some positive changes in northern Arizona. She cites the rearrangement of the South Rim of the Grand Canyon from a frustrating parking lot into its current configuration as one such success.

“Grand Canyon created a different system where they built a visitor center that was back off the rim,” she said. “People had to get out of their cars and walk through a plaza and walk by some beautiful monuments and landscape areas.”

This allowed the flow of tourists to be better directed, offsetting problems with overcrowding. It also had other benefits.

“I see people slowing down, taking their time, they’re in a better mood. They’re looking around, they’re enjoying themselves,” Gitlin said. “That is a really good success story. Because it’s an example of where, instead of trying to promote convenience and failing on it, they went a totally different route and promoted an experience.”

Businesses like those on Discover Flagstaff’s website also play an important role in educating visitors. Hotels touting their eco-friendly water practices remind customers to pay attention to their consumption habits, while outdoor companies teach consumers to be good stewards of the land, according to Gitlin.

Still, more could be done.

Gitlin wants to see bike companies teach trail etiquette, including staying on trails, to their customers. She also said companies could work sustainability into their business models.

“I would love to see someone start a business in Flagstaff, that rent out sleds, and you get a deposit back when you return it because we have a huge issue is broken plastic slides all over the forest,” Gitlin said.

Otherwise, Gitlin wants tourists to use the information available to protect the natural beauty that attracts them, especially if it means putting an end to her biggest pet-peeve.

“Throwing their orange peels down,” she said. “It drives me nuts.”