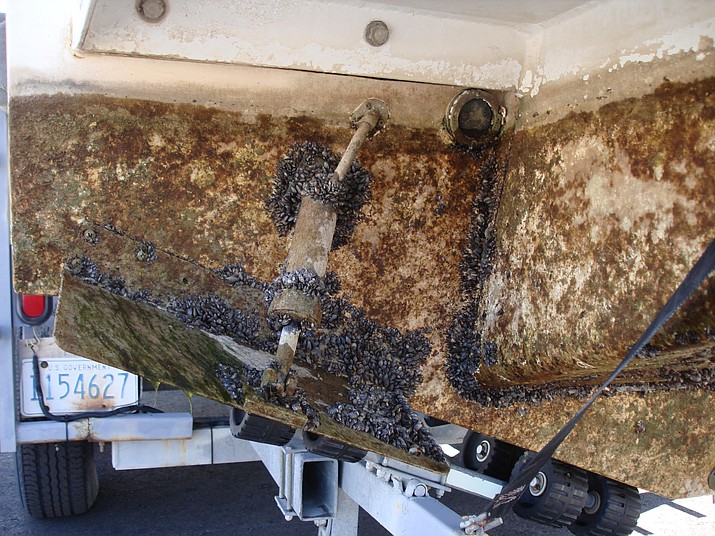 The Tahoe Regional Planning Agency said July 31 both boats were quarantined until they could be decontaminated.

Chris Kilian of the Tahoe Resource Conservation District says it’s a stark reminder of why inspections are mandatory at Lake Tahoe.

Inspectors say they found about 100 invasive mussels — many suspected to be alive — in the hull of a powerboat traveling from Lake Pleasant, Arizona.

The infestation was so large inspectors couldn’t remove them all so the boat wasn’t allowed to launch.

A small sailboat that the owner said had been out of the water for about four years eventually was allowed to launch at nearby Donner Lake after officials removed approximately 20 dead mussels from the hull’s keel locker.