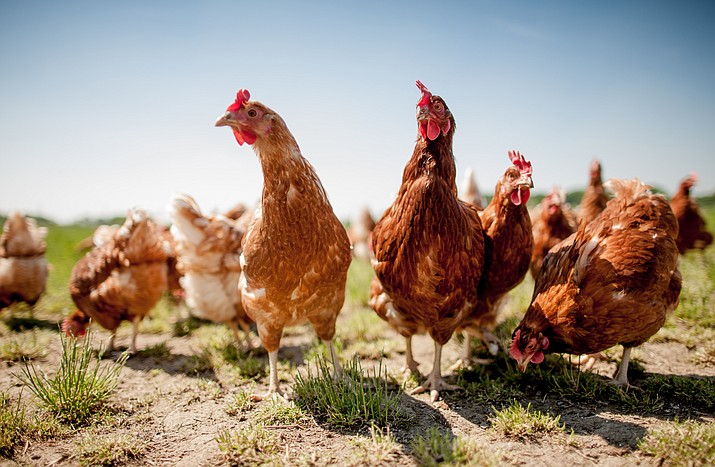 When the disease is detected, it will quickly spread through a flock and the results are always fatal.

The case in Arizona was reported in Flagstaff which is a concern for the many backyard chicken farmers in Coconino County.

However, Arizona state veterinarian Peter Mundschenk said there have been no other reported cases.

“There have not been any other cases in Arizona at this point in time,” Mundschenk said April 29.

Mundschenk said the Flagstaff case was investigated after an owner lost one of his chickens and took it to a local veterinarian for a necropsy. The results came back positive and was reported to state officials.

“We take all those things pretty seriously,” Mundschenk said.

Mundschenk said the spread of the disease is a concern for officials, as it can spread rapidly into egg laying operations.

“We try to avoid getting it into our commercial operations at all cost, but backyard chickens are still an issue because we don’t want it to spread,” Mundschenk said.

However, Mundschenk said there is minimal harm to humans who come into contact with the virus.

“Newcastle doesn’t really affect humans through eggs, egg products or the meat of the chicken if they were to eat it,” he said. “Newcastle can cause a little conjunctivitis in people if they get high enough doses, but most of the time it doesn’t affect humans at all.”

Mundschenk recommends sick birds be seen by a veterinarian, or if Newcastle disease is suspected owners can contact the State Department of Agriculture to request an inspection.

Any signs of following should be checked out:

Decreased activity, tremors, drooping wings, twisting of head and neck, circling and stiffness and swelling around the eyes and neck.

Newcastle disease spreads when birds come into contact with bodily fluids of sick birds. The virus can travel on manure, egg flats, crates and other farming equipment. It is also transmitted on clothing, hands and shoes.

Restrict traffic on your property;

Where’s the best place to buy a chicken?

Mundschenk recommends purchasing poultry from a feed store that is a National Poultry Improvement Plan (NPIP) certified dealer, or from an NPIP certified flock in Arizona.