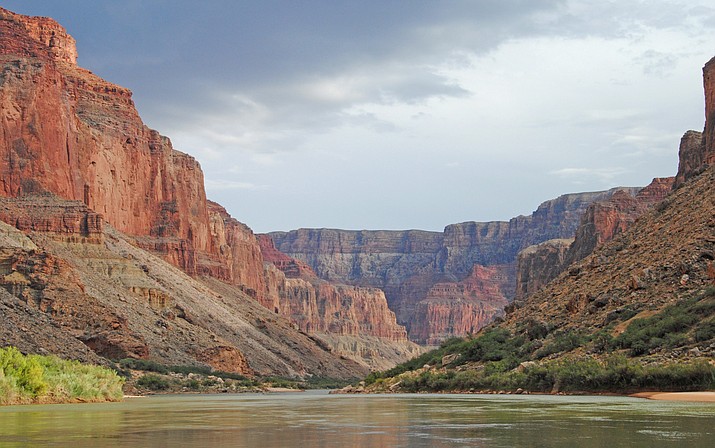 A $100 per-person-fee was instated by the Hualapai Tribal Council April 10 for river trips passing by the Hualapai Reservation, which encompasses a 109.4 mile stretch of the Colorado River. (Stock photo)

GRAND CANYON, Ariz. — River runners embarking on trips down the Colorado River along the Grand Canyon’s western side will need to hand over more cash this year, after the Hualapai Tribal Council approved a $100-per-person fee April 10.

The new fee policy replaces that of the previous tribal council, which called for lowering the cost to $100 per trip just four months earlier.

The Hualapai Reservation is located along a 109.4 mile stretch of the Colorado River between River Mile 164.5 and River Mile 273.9, also known as river left when looking downstream. Any river trip planning to travel through the area will need to pay the new fee in order to camp or stop for lunch along the reservation’s banks. The fee also allows river runners to visit riverside attractions anywhere along the river on Hualapai land.

According to tribal officials, Tribal Police will begin checking river runners camped or stopped on tribal lands for the appropriate permits this summer. Anyone without a permit could have all their river and camping equipment impounded and face fines or jail. The tribe said trips booked prior to the fee increase April 13 will be honored at the lower rate. River runners who are scouting rapids may continue to do so without a permit.

Although the permit does allow river access along the Hualapai Reservation, it is not considered a valid backcountry permit, meaning river runners should not consider it a permit to hike out of the canyon onto tribal lands.

According to a statement from the Hualapai Tribal Chairman Dr. Damon Clarke, the tribe voted to raise the fee to protect its lands and sovereignty.

“The fee increase is something the tribe has been considering for some time to help protect Hualapai sovereignty and sacred lands,” Clarke said in a statement. “Unfortunately, for many years there have been members of the public who have not respected these lands. We believe this is a step in reminding visitors that the places they visit on the Hualapai Reservation have great value, and that the regulations in place exist to benefit everyone.”

River Runners for Wilderness (RRFW) council member Tom Martin expressed sadness at the change, stating river runners were in nearly full compliance with the lower permit fee. RRFW supports a permit fee, Martin said, but raising it to such a high level might cause a decrease in tribal revenue.

“Raising fees to such a high level will simply cause river runners to camp on the other side of the river,” he said. “We certainly understand if river runners … decide to camp on river right.”

Although the boundary between the Hualapai Reservation and Grand Canyon National Park has not been decided by the court system, dry land on the north side of the river is not considered tribal land, and no permits or fees are required.

The decision to raise fees has already been implemented, but Martin encourages river runners to write to the Hualapai Tribal Council to ask that it respectfully reconsider the fee hike.

Comments may be mailed to: