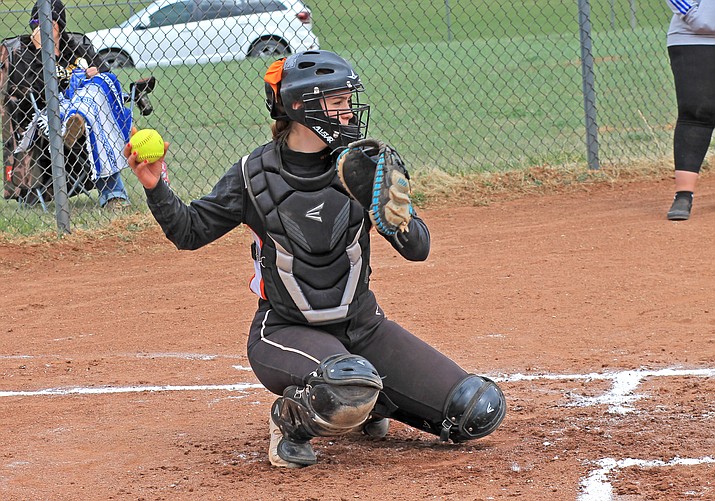 WILLIAMS, Ariz. — As the season winds down, the Williams Vikings baseball and softball teams should be headed to the 1A State tournament soon.

With two easy wins against Mayer April 16 and 19, the Vikings baseball team is ranked sixth in the 1A Conference with a 10-6 record.

The Vikings kept the Wildcats to just one run April 16 in Mayer as they brought in 12 in the six-inning game.

Carsten Brinkworth went 3 for 4 with a double, an RBI and three runs.

Kolby Payne had four stolen bases and was followed by Brinkworth with three.

The Vikings topped Mayer again April 19, this time at home.

Kramer and Brinkworth played well on their home turf with a home-run each against the Wildcats.

The Lady Vikings also continued their winning streak April 16 and 19 against Mayer, winning the first game 18-2 and adding a forfeit April 19.

Amaryssa Orozco went 3 for 3 with a double, three RBIs and four runs scored for the Vikings. Maegan Ford went 2 for 4 with a triple, two RBIs and one run scored. Maddie Jenense and Anna Lopez also went 2 for 4 and each had two RBIs.

The Lady Vikes are now ranked tenth in the 1A Conference with a 15-11 record, and are at the top of the 1A Central Region at 7-0.

The Vikings teams faced Needles April 23 as they wind down toward post season play.