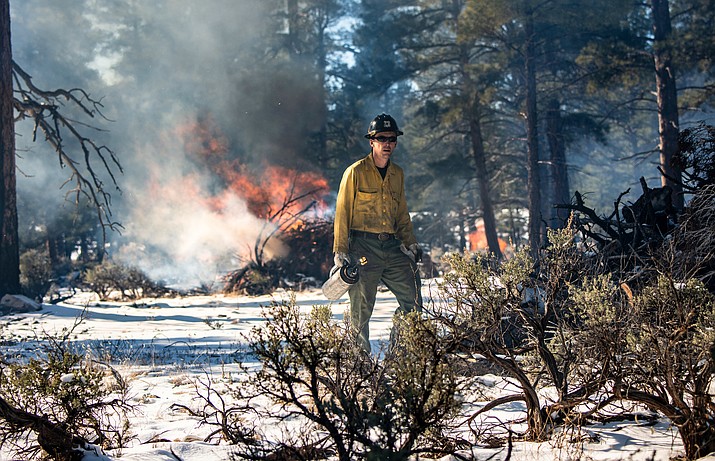 WILLIAMS, Ariz. — Fire managers on the south zone of the Kaibab National Forest will begin springtime burning on both the Williams and Tusayan Ranger Districts beginning April 25 and will likely burn through the weekend and into the following week.

Due to the higher snow and precipitation levels that were received across northern Arizona this past winter, conditions have presented ideal opportunities to implement prescribed burns in the spring months of the year.

On the Williams Ranger District, crews are hopeful to finish the final 5,200 acres of the Sunflower project which began in 2017. The area to be treated is located approximately 10 miles southeast of Williams between County Road 73 and Whitehorse Lake. A helicopter may be used to assist with aerial ignitions on this project and up to 1000 acres a day could potentially be ignited.

Smoke will be highly visible at times near all of these locations. Officials understand that smoke impacts to air quality may be unpleasant at times, however they can significantly reduce the amount and limit the duration more effectively using prescribed methods as opposed to an uncontrolled wildfire situation with long term effects. Smoke will be monitored very closely with the intent to minimize impacts to rural areas.

Turkey Hunters are advised to be aware of these fire operations occurring across the southern half of the Kaibab National Forest and use caution if hunting near these areas.

More information can be found at: Kaibab Facebook: www.facebook.com/KaibabNF or Rx Fire: inciweb.nwcg.gov/incident/5922/