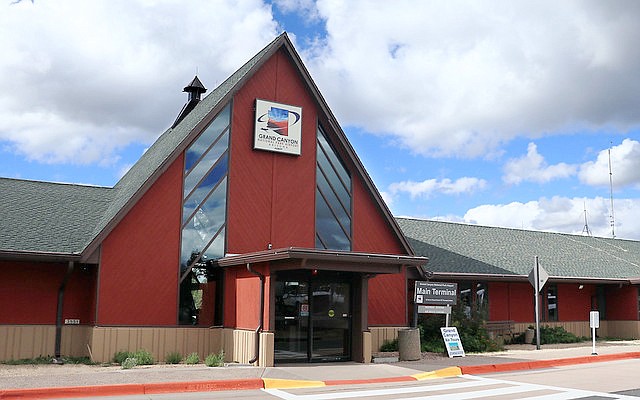 On average, the airport sees 275 commercial flights daily from three airlines based in the Las Vegas region. (Photo/ADOT)

PHOENIX — It probably isn’t a surprise that Grand Canyon National Park Airport is a gateway for many wishing to experience the natural wonder of Arizona’s signature tourist attraction. In the process, it supports tourism and the area economy.

What might surprise you: the Tusayan airport, which is the state’s fourth-busiest in terms of passengers served, is owned and operated by the Arizona Department of Transportation.

Tourists from all around the world fly into Grand Canyon National Park Airport. Open since 1965, it serves as a local hub for large tourist groups wishing to experience the Grand Canyon via air tours.

In managing the airport, ADOT hosts six air-tour companies that allow visitors to fly over the canyon for a unique experience. It also hosts a skydiving company that brings added attraction to the area.

“It’s our goal to support tourism to the Grand Canyon and be a good neighbor to the local community,” said Matt Smith, ADOT’s Grand Canyon airport manager.

On average, the airport sees 275 commercial flights daily from three airlines based in the Las Vegas region, allowing people to make visiting the Grand Canyon part of their Las Vegas getaways. In 2017, the airport and its private air-tour operators served more than 336,000 passengers.

Grand Canyon National Park Airport accommodates smaller commercial passenger jets, generally those weighing less than 100,000 pounds, but it can accommodate Air Force One, a Boeing 747 that has visited twice.

Seven firefighters employed at the airport – and who live on site – are trained to respond to major incidents well as medical emergencies. The airport has three fire rescue vehicles, including a truck with a Schnozzle, a piece of equipment that can puncture an aircraft fuselage and spray 1,500 gallons of fire-suppressing foam or 500 pounds of dry chemical extinguishing powder.

The facility also houses four snowplows to keep the runway clear, with firefighters pulling double duty as certified snowplow operators. With an elevation of more than 6,600 feet, the airport sees between 50 and 100 inches of snow annually.

An FAA tower completed in 2003 controls air traffic at Grand Canyon. Federal rules set restrictions on all flights over the national park.

Cities, counties and regional airport districts oversee most U.S. airports, with only a handful owned and operated by states. Because Tusayan wasn’t incorporated, Arizona assumed the responsibility of operating Grand Canyon National Park Airport when it opened. Built on U.S. Forest Service land, the runway was completed in 1965, while the terminal was dedicated in 1967.

ADOT assumed ownership of the airport in 1974 when what was previously known as the State Highway Department merged with the Arizona Department of Aeronautics.