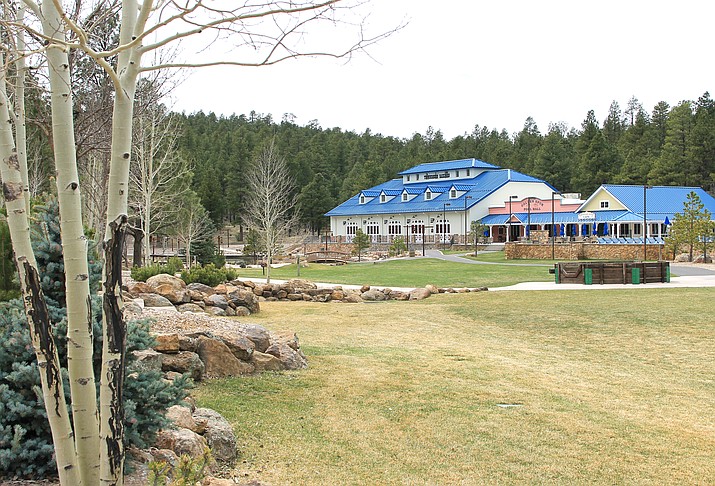 Young Life’s Lost Canyon camp got help with a land exchange with the passing of the Natural Resources Management Act March 5. (Wendy Howell/WGCN)

WILLIAMS, Ariz. — Young Life’s Lost Canyon is closer to completing a land sale that has been languishing in Washington for more than decade after President Donald Trump signed a historic federal lands package.

Gosar applauded those on the House Natural Resources committee and cosponsors from the Arizona delegation for help in passing the bills, calling it a “great day for Arizona,” in a statement March 12.

“With the passage of the bill, Young Life now has the opportunity to complete the land sale and provide certainty to the future camp management and development,”

Tucked into the lands package was a land sale that Young Life and the U.S. Forest Service have been working on since 2005.

According to Graeme Hancock, an attorney for Young Life, the bill directs the Forest Service to transfer property to Young Life. It was created in legislation by the late Sen. John McCain.

Sec. 1102 of the Natural Resources Management Act included the Young Life Land Exchange. The bill corrected an error in a previous law from 2005 that allowed Young Life to complete the land sale. Gosar pushed the bill through the House Committee on Natural Resources to get it into the package.

The property includes approximately 238 acres of ponderosa pine forest and will become part of the existing Lost Canyon camp.

“There are no plans to develop the property beyond what exists on the land now,” Hancock said. “The property effectively joins together three parcels Young Life has owned since the 1990s.”

Young Life and the U.S. Forest Service have been working on a land sale since 2005. (Wendy Howell/WGCN)

Hancock said the property is important to the camp because it will serve as a buffer or separation of the camp from Forest Service land. He said one existing camp building is located on the property. He said mountain biking and other recreational uses will continue on the property.

Newt Crenshaw, president of Young Life, is grateful to Gosar and other Arizona Congressional delegates for helping pass the Act.

“With the passage of the bill, Young Life now has the opportunity to complete the land sale and provide certainty to the future camp management and development,” Crenshaw said. “By completing the land sale, we will be better positioned to provide camping and other programs of benefit to residents from across the state.”

Lost Canyon hosts more than 25,000 children and adults each year from across the country. It is one of 31 Young Life camps located in the United States, Canada, the Dominican Republic, the United Kingdom, Armenia, and France. These camps incorporate Christian messages presented in a camp setting along with typical camp activities.

Trump signed the massive package of public lands legislation that included the designation of 1.3 million new acres of wilderness across the west and expanded national parks, scenic areas, historic sites and more. The package had a hodgepodge of more than 100 individual bills that were specific projects of more than 50 U.S. Senate and House members.

The bill designates more than 350 miles of river as wild and scenic and create nearly 700,000 acres of new recreation and conservation areas.

The bill reauthorized the federal Land and Water Conservation Fund, which supports conservation and outdoor recreation projects across the country. The program expired last fall after Congress could not agree on language to extend it.

In addition to the Young Life land sale, the Natural Resources Management Act packaged several different land exchange agreements that impacted Arizona. Many of these pieces of legislation help economic development by trading land for development for lands that could be preserved.

Coconino National Forest will receive 369 acres of Yavapai County land under the Cottonwood Land Exchange Act. The county will receive 83 acres of forest land in Cornville. The parcel is not contiguous or adjacent to any other forest or state land and is surrounded by either private or county land, making it more beneficial for county use.

Bullhead City plans to create recreational opportunities and beautification projects with the passing of the Black Mountain Range and Bullhead City Land Exchange Act. The Act will authorize the city to donate the 1,100 acre mountainous city property to the BLM in exchange for 345 acres of land held by the Bureau of Reclamation.

Embry-Riddle Aeronautical University will be free to develop a parcel of property freed up with the Embry-Riddle Tri-City Land Exchange Completion Act. The Act removes an outdated revisionary clause from a 16-acre parcel of vacant land to allow development.

“The Lands Package Bill that was passed in an effort to find common ground with Republican colleagues in the Senate and here in the House, and that’s the packages we produced. It’s a good package,” said Rep. Raúl Grijalva in a statement.