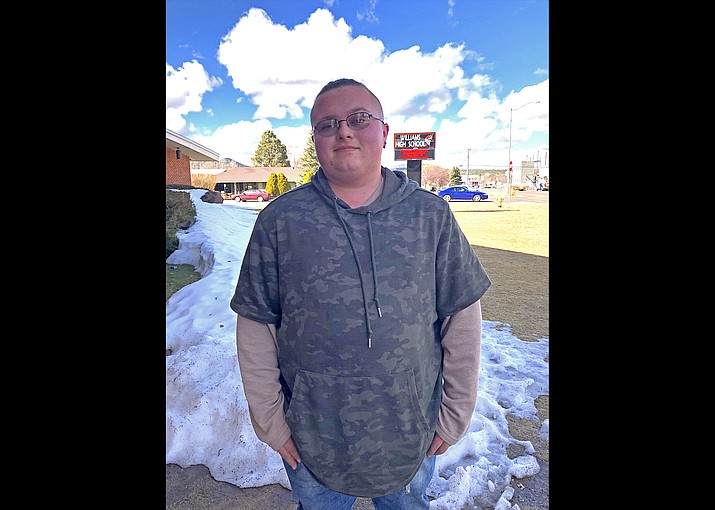 Cotey Hicks is a senior at Williams High School. He has attended the school since his sophomore year after moving here from Georgia.

He is eager to graduate and get his diploma.

At the high school he has enjoyed his history classes with Mrs. Lee and his weights class with Mr. Brownlee.

Both teachers have been encouraging to Cotey.

After graduation, Cotey plans to become either a meat cutter or go to a trade school and learn welding.

In his free time Cotey works at Safeway where he has developed an interest in participating in the meat cutter program.

Cotey also worked at a sawmill for a while when he first moved here.

In his spare time he likes to work on cars and would like to do that more in the future.

If he could go on a roadtrip he would take Cross, Henry, Aiden and many others.