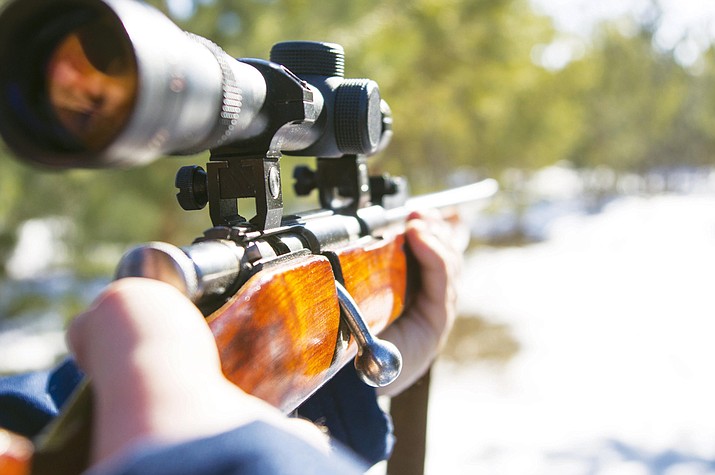 A 30-day public comment period is open from April 12 to May 12 on a proposed rule to outlaw predator hunting contests in Arizona. If approved, the final rule would be reviewed by the Governor’s Regulatory Review Council before making its way to the governor. (Stock photo)

WILLIAMS, Ariz. – On April 12, Arizona Game and Fish commissioners heard the first of what could be many public comments on a proposed rulemaking to prohibit coyote killing contests in Arizona.

Commissioners heard from a variety of people during its meeting in Phoenix including a former big game guide, a veteran, hikers, environmental groups, animal rights activists and public citizens. Proponents of the rule used everything from Bible scripture to pictures depicting coyote killing contest to encourage commissioners to ban the contests. Few, if any, comments were heard from those supporting the contests.

Arizona Game and Fish Commissioners hear from members of the public during an April 12 commission meeting in Phoenix. The commission is considering a proposed rule to ban predator hunting contests in the state. (Screenshot/azgfd.com)

Payson resident Ruth Ann Penn, who lived in Flagstaff for two years and is a former police officer, asked commissioners to define contests ‘as what they are.'

AZGFD Commissioner Kurt Davis stated that public comments should include technical suggestions for the proposed rule as well as personal viewpoints.

“People should take the time to make their comments,” he said during the hearings. “The commission has already proposed a rule which they can now comment on.”

Under the provisions of the Arizona Revised Statutes 17-231, the Arizona Game and Fish Commission establishes policy for the management, preservation and harvest of wildlife. The Commission is composed of five members appointed by the governor. No more than one commissioner may be from any one county. No more than three may be from the same political party. Each commissioner serves a five-year term, staggered. Commissioners customarily serve as chairman during their last year.

The commission is currently taking comments about the proposed rule which would prohibit using any lethal method of take during a hunting contest for predatory and fur-bearing animals, as defined under Arizona Revised Statutes 17-101.

The 30-day comment period for public feedback is open from April 12 to May 12. Public comments will become part of the official record for this proposed rulemaking. There are two ways to submit comments:

All public comments will be evaluated before a Notice of Final Rulemaking is taken to the commission for its consideration. If approved, the final rule would be reviewed by the Governor’s Regulatory Review Council.

The commission stated its intent in adopting this rule is to address social concerns associated with hunting contests that award prizes to participants who kill the largest number or variety of predatory or fur-bearing animals.

The proposed rule would not apply to lawful, regulated hunting of predatory and fur-bearing animals, which plays an important role in wildlife management.

More information is available at www.azgfd.gov/rulemaking.