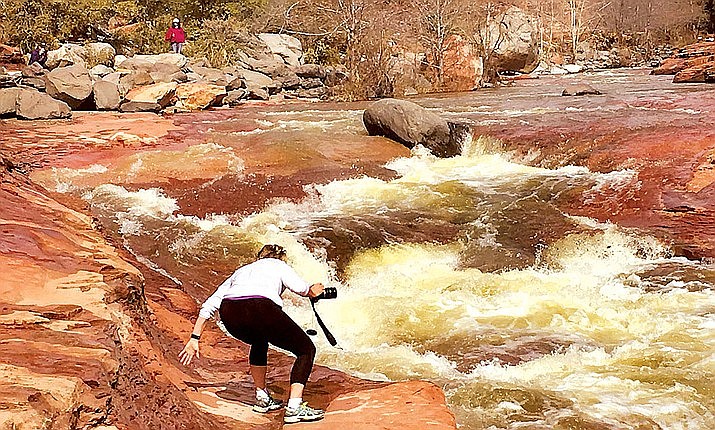 In February, a rock lodged itself in the middle of the popular natural slide used for many years by swimmers. (Photo/Vyto Starinskas)

OAK CREEK CANYON, Ariz. — The large rock that was blocking the chute at Slide Rock State Park has been removed just in time for spring swimmers.

The rock rolled down Oak Creek during a storm in February and lodged right in the middle of the popular natural slide used for many years by swimmers.

The rock was removed using a winch, according to Michelle Thompson, chief of communications/PIO, Arizona State Parks & Trails. The park was closed during the removal to eliminate foot traffic and ensure safety for everyone involved, she said.

“We were trying several methods to remove it, and weren’t sure what would end up working,” she said.

The 5-foot-wide rock was lodged right in the middle of the 40- to 50-yard-long chute that serves as a natural water slide.

Slide Rock is visited by more than 2,000 people each day during summer months, according to park officials.

Even though Slide Rock is one of the smallest of the 35 state parks in Arizona, it is at the top in terms of visitors and revenue.