Around the Canyon: Week of April 10 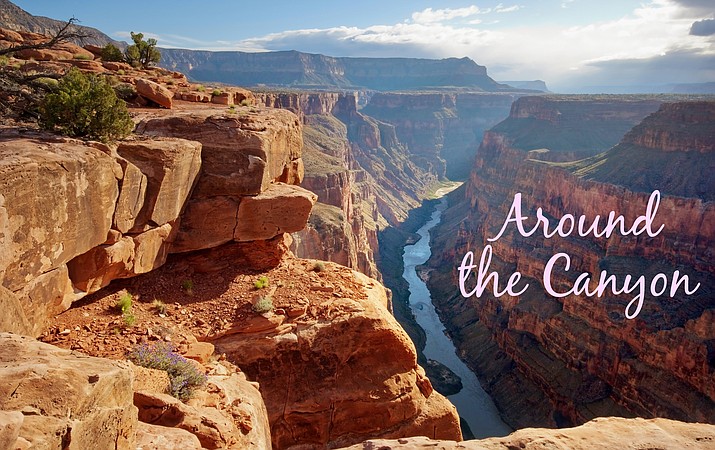 The Grand Canyon Rec Center will sponsor a shopping trip to Flagstaff April 10, 16 and 25. Cost is $18 per person. Sign up is available in the Rec Center — those interested should give at least two days notice.

The Grand Canyon Rec Center will sponsor a day trip to Sedona for hiking April 11. Cost is $23 per person. Sign up is available in the Rec Center — those interested should give at least two days notice.

The Grand Canyon Rec Center will show a free movie in the Multi-Purpose Room at 7 p.m. This week’s feature is “Bumblebee” (Rated PG-13) starring Hailee Steinfeld, Jorge Lendeborg Jr. and John Cena. On the run in the year of 1987, Bumblebee finds refuge in a junkyard in a small Californian beach town. Charlie, on the cusp of turning 18 and trying to find her place in the world, discovers Bumblebee, battle-scarred and broken. Enjoy this recently released DVD movie on the Rec Center’s 14’ wide screen. Free lemonade and popcorn will be served to the audience.

The Grand Canyon Lions Club will host its annual rummage sale April 13 from 8 a.m. to 3 p.m. in the school multipurpose room.

The Grand Canyon Rec Center will host a chess tournament at 6 p.m. April 13. Participants are encouraged to sign up in the Rec Center prior to the event.

The Rec Center will host karaoke beginning at 6 p.m. Bring your friends and sing along.

The Grand Canyon Rec Center will sponsor a trip to the Smoki Museum in Prescott for the Contemporary Native American Art Festival April 14. Cost is $23 per person; admission to the event is $5. Sign up is available in the Rec Center — those interested should give at least three days notice.

Grand Canyon National Park will host a geoscience symposium April 18-20 as part of its centennial events. The symposium is open to the public.

Participants at the geoscience symposium will have the opportunity to learn about geological research going on in and around the Grand Canyon, including information about the pre-Pliocene Colorado River that carved the natural wonder and field trips to locations in the park.

More information is available from Karl Karlstrom at kek1@unm.edu.

The Grand Canyon Rotary Club will host it’s 40th annual Easter Egg Hunt and Pancake Breakfast April 20. The pancake breakfast begins at 7:30 a.m. in the school multipurpose room. The cost is $8 for adults and $5 for children for pancakes, bacon and sausage. Proceeds will benefit the Kaibab Learning Center.

The egg hunt takes place at 9 a.m. on the school soccer field. This event is free and children will be divided into age groups. The easter bunny will make an appearance and some lucky participants will find special prizes in their eggs.

The Tusayan Fire Department will offer a HeartSaver CPR class on site at 9 a.m. April 20. Cost is $25 per person, payable in cash, which coveres class materials and certification document. Please RSVP to tusayanfdcpr@gmail.com at least three days prior ro the class.

Grand Canyon National Park will host its annual Earth Day celebration from 10 a.m. to 4 p.m. April 20 at the Visitor Center Plaza. Visitors can learn about the park’s environment-friendly initiatives and see cultural demonstrations from Native tribes. This event is free and open to the public — admission to the park will be free all day.

Grand Canyon School will have open gym from 5-9 p.m.

The Grand Canyon Rec Center will host a viewing party for The Walking Dead Sundays at 7 p.m. in the MPR.

The Grand Canyon Rec Center will host a viewing party for Game of Thrones Mondays at 7 p.m. in the MPR.

The Grand Canyon Rotary Club meets Wednesdays at from noon to 1 p.m. at Big E’s Steakhouse. Anyone interested in joining can join the group or contact Laura Chastain at (928) 638-2901.

Tusayan Town Hall will host a computer lab for Grand Canyon students every Friday from 9 a.m. to 1 p.m. Computer usage will be supervised by a Grand Canyon instructor. Those who want to use the computers for school-related business must sign-up in the school office no later than the Thursday prior.

Tusayan Fire Department is looking for volunteers to join its department.

More information is available from Tusayan Fire Department at (928) 638-3473 or by stopping by the department Tuesday through Friday from 8 a.m. to 5 p.m.