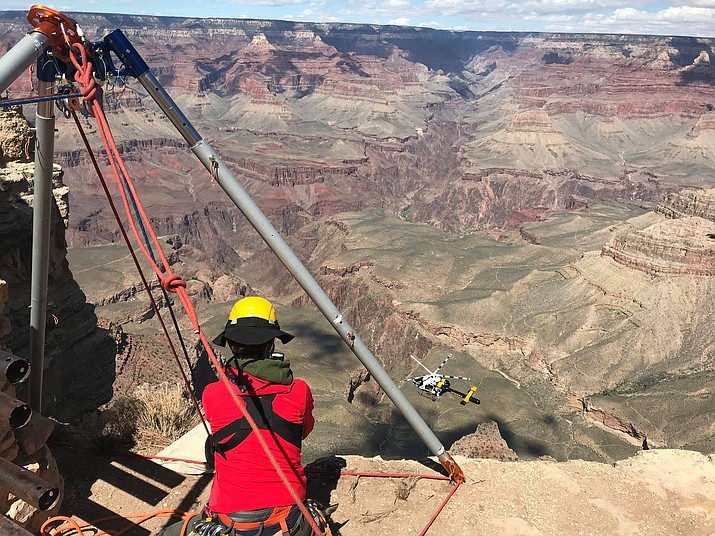 A Grand Canyon rescuer takes a break as the park helicopter moves in to long-line out the body of a 67-year-old man who fell from the edge. (GCNP/photo)

Park rangers responded to a call shortly before noon April 3 that someone had fallen over the rim near Yavapai Geology Museum on the South Rim. The park's helicopter and technical rescue team recovered the body of a 67-year-old man.

The name and hometown of the man wasn't immediately available.

A spokeswoman said it was the first over-the-edge death this year at Grand Canyon National Park, which had 17 fatalities last year.

Two people died at the Grand Canyon late last month in separate incidents that included one man stumbling over the edge of the rim while trying to take pictures at Grand Canyon West, a popular tourist destination on the Hualapai reservation outside the boundaries of the national park.