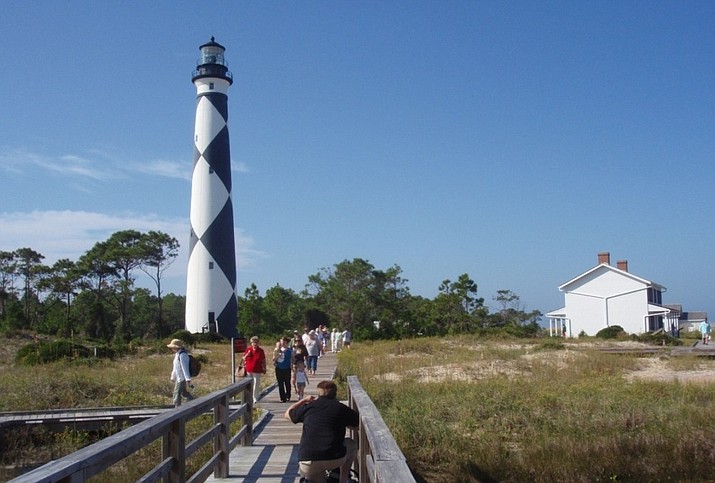 WASHINGTON — The White House Visitor Center is displaying a newly carved Double Scottish Rose that celebrates the legacy of the original stonemasons of the White House.

The Double Scottish Rose design became popular in the 18th century and was a great source of pride for the people of Scotland, including the Scottish stonemasons who worked on the White House in the 1790s. The design appears throughout the White House exterior walls, columns, porticos and above the North Door.

The exhibit’s stone carving was created this year by Charles Jones, a Scottish stonemason with Historical Environment Scotland and Dale Lupton of the National Park Service’s Historic Preservation Training Center. The stone is from the same quarry in Aquia, Virginia that produced the stone used in the construction of the White House.

“The stonemasons of Scotland today are the legacy of great craftsman from the 18th century who came to Washington and created the beautiful carvings that we still see on the White House,” said Stewart McLaurin, President of the White House Historical Association.

At this time, 69 National Park Service employees from 29 parks and 18 states and the District of Columbia are assigned to the incident. Both Cape Lookout National Seashore and Moores Creek National Battlefield are closed to the public while repairs and stabilization efforts are ongoing.

At 5:46 a.m. Sept. 7, the Lake Mead Interagency Communication Center received a report that an adult male had been stabbed near Stewarts Point and Blue Point Bay. The suspect reportedly fled on foot. The victim was transported by Mercy Air with critical injuries and has since been released from the hospital.

The National Park Service reached out to the public seeking information related to the incident. Investigators were able to identify a suspect in the assault. He was taken into custody on unrelated charges in Colorado Sept. 19. Two other persons of interest are also in custody.

The incident is under investigation by Special Agents of the NPS Investigative Services Branch and US Park Rangers of Lake Mead National Recreation Area.