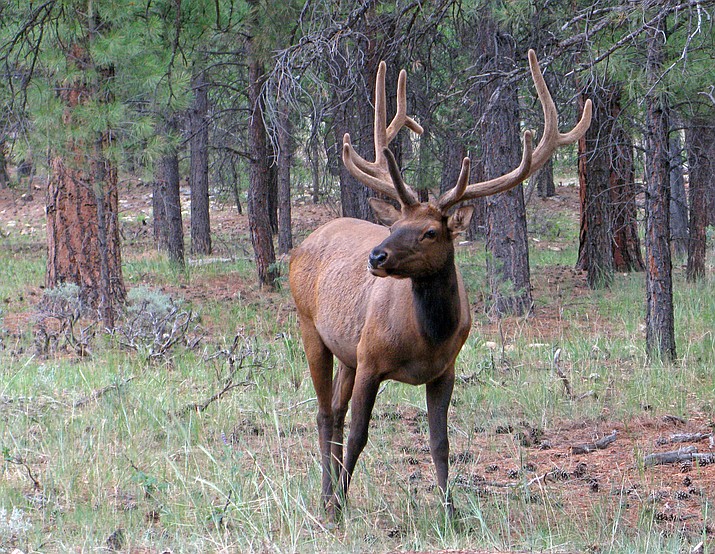 Deer or elk hunters are encouraged to bring the heads of harvested animals to Game and Fish to be inspected for diseases. (Photo/NPS)

PHOENIX — The Arizona Game and Fish Department (AZGFD) is asking hunters to continue doing their part to help keep Chronic Wasting Disease (CWD), a neurodegenerative wildlife disease that is fatal to deer and elk, at bay.

All successful deer and elk hunters are encouraged to bring the head of their harvested animal, especially bucks and bulls, to any department office statewide between 8 a.m. and 5 p.m. Monday through Friday. The preferred method for delivery is to place the head in a heavy-duty plastic trash bag, and keep it cool and out of the sun.

The department also requests hunters to provide accurate hunter information (name, telephone number), as well as hunt information (hunt number, game management unit in which the deer or elk was harvested, state and hunting license number). The department said this information is crucial should a positive CWD sample occur.

Department officials did not find any cases of CWD in the 1,200-plus deer (mule and white-tailed) and elk that were harvested by hunters and voluntarily submitted for testing in 2017. Game and Fish has been testing for the presence of the disease in Arizona since 1998. While CWD has been found in the neighboring states of Utah, New Mexico and Colorado, the disease has not been detected in Arizona. CWD has not been documented to cause disease in people.

CWD is transmitted and spread by animal movement and direct contact, which means the illegal importation of a cervid carcass or parts with brain or spinal column tissue of an infected animal could introduce the disease into Arizona. To that point, an individual is only allowed to possess, transport or import the following portions of cervids lawfully taken in another state or country:

Boneless portions of meat, or meat that has been cut and packaged.

Clean hides and capes with no skull or soft tissue attached.

Antlers, clean skull plates or skulls with antlers attached with no meat or soft tissue remaining.

Upper canine teeth with no meat or tissue attached.

Do not bring the brain, intact skull or spinal column of a deer or elk harvested in another state back into Arizona.

It may take longer than a year before an infected deer or elk develops symptoms of CWD, which can include drastic weight loss (wasting), stumbling, listlessness and other neurological symptoms. CWD can affect deer and elk of all ages, although it’s most frequently noticed in older animals. CWD is fatal, and there are no treatments or vaccines.