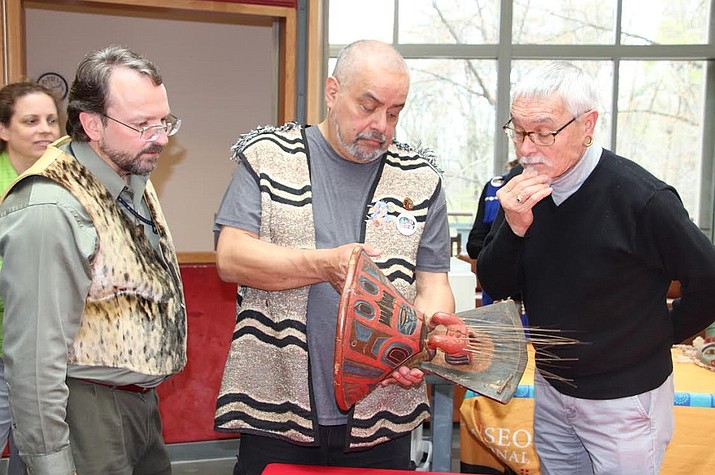 $1.6 million in grants awarded for return of Native American remains and sacred objects

WASHINGTON — The NPS awarded 16 repatriation grants that will fund transportation and reburial of 243 ancestors and 2,268 cultural items. Funding will cover trips from Illinois to Washington, Alaska to Pennsylvania, and Oklahoma to New York, plus the cost of reburials in Colorado, Utah, and Wisconsin. In support of the repatriation process, the 19 consultation and documentation grants will provide funding for museum and tribal staff, travel, and where appropriate, collections digitization.

Enacted in 1990, the Native American Graves Protection and Repatriation Act requires museums and Federal agencies to inventory and identify Native American human remains and cultural items in their collections, and to consult with Indian tribes and Native Hawaiian organizations regarding repatriation.

MAMMOTH HOT SPRINGS, Wyo. — A new issue of Yellowstone Science magazine invites readers to celebrate the achievements of recent archeological research in Yellowstone and traces the history of the park’s archeology program.

The issue includes articles focusing on obsidian, the Nez Perce Trail, and the historical archeology of Yellowstone. A new feature called “Debunking the Myth” counters common misperceptions about use of the area in the past. Central to the issue is the important work done by Dr. Douglas H. MacDonald. MacDonald’s surveys of the shores of Yellowstone Lake provide invaluable insights into how this huge body of water served as a hub of activity for thousands of years. Dr. Staffan Peterson’s “Archeology and Adaptation to Climate Change in Yellowstone” discusses the challenges faced by modern archeologists in the face of change.

WASHINGTON — An interagency investigation resulted in a lifetime prison term for a man who murdered his daughter along the Blue Ridge Parkway in 2016.

In September 2016, Park Rangers observed a vehicle parked on the roadside in an area without trails, picnic facilities or campsites. A man and child descended a steep embankment from the vehicle. The rangers approached to investigate, and the man suddenly stabbed the child with a knife, killing her. The rangers took the man into custody and attempted to provide medical aid to the young victim.

Pickering pleaded guilty to the charge in a separate court hearing earlier this year, and further admitted that he had committed the crime willfully, deliberately, maliciously and with premeditation.