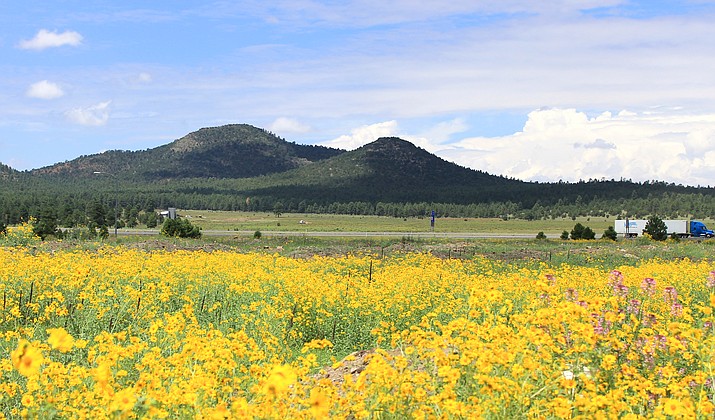 The Granger Group has apparently withdrawn interest in creating a theme park in Williams and the proposed property is back on the market.

According to Brent Moser and Michael Sutton of Cushman & Wakefield, a commercial realtor in Phoenix, the Granger Group is no longer interested in purchasing the property for the proposed theme park.

The property is a 480-acre parcel located north of Williams, between Interstate 40, Love’s gas station and Cataract Lake and is owned by Max Biegert, the former owner of the Grand Canyon Railway.

“Biegert recently contacted us to list the property after the Granger Group, who previously proposed a theme park, decided to cancel a several-year-option they had obtained on the property,” Moser said.

In 2015, representatives from the Granger Group presented theme park plans to the Williams City Council.

The Granger Group President and CEO, Gary Granger, and Senior Vice-President Greg Markvluwer, discussed their vision at that time for developing a theme park that would drive tourism throughout the state.

The development group had completed several health care and senior living complexes, but had never developed a theme park.

They said they were looking at the Williams project as a stepping stone to a project in Phoenix.

Also at that time, the Williams City Council, the Phoenix City Council and the Coconino County Board of Supervisors voted to approve the geographic boundaries and governing body of the first Arizona theme park district in Williams.

City councilmember Jim Wurgler said the Theme Park District Board continues to meet monthly, although he said no official mention of the Granger Group pulling out has been discussed.

“The last time that I had any personal encounter with anyone from that group was at least a year ago,” Wurgler said. “I think that for all practical purposes, they probably bowed out.”

Wurgler said he had not heard that the Granger Group was no longer interested or that the property was back on the market.

“I wasn’t aware of that,” Wurgler said about the news of the Granger Group. “But I’m also not that surprised either.”

Wurgler said he believes there is still interest in bringing a theme park to Williams, however.

“We are working now to get a quorum so we can discuss business again,” Wurgler said. “That’s where we stand.”

The state legislature allows for the Arizona Theme Park District Board to issue as much as $1 billion in bonds to pay for any number of theme parks. The district boundaries already include two properties in Williams, and the board considered adding property in Phoenix.

According to the proposal, the Granger Group projected the theme park would cost between $300 million and $500 million to develop, see between 2.5 million and 4 million visitors annually, and generate $100 million to $125 million in gross revenue.

The group compared the Williams theme park plans to the operation of Busch Gardens in Tampa Bay, Florida. Busch Gardens is 335 acres with 4.3 million visitors each year.

The Granger Group did not respond to a request for information.