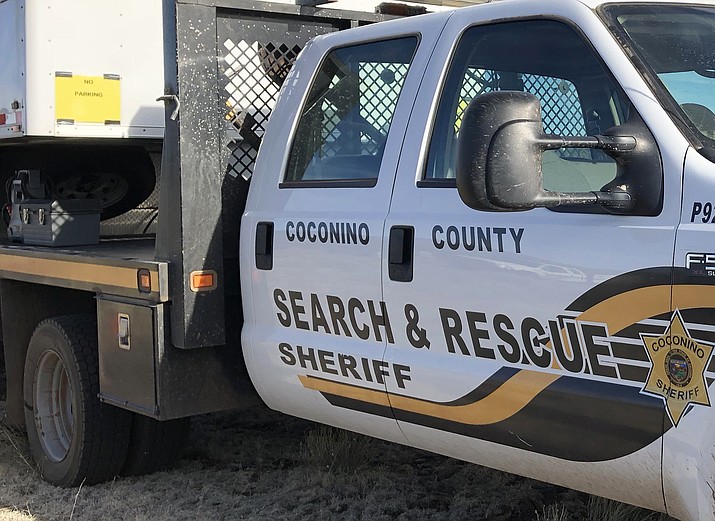 Coconino County, AZ – The extended weekend encompassing August 31 – September 3 resulted in a large number of calls stemming from outdoor activity in Northern Arizona. The following is a summary of activity as best can be determined from dispatch and officer information available at the time of this media release.

Deputies made multiple contacts with off-road vehicle operators and passengers throughout the county to promote off-road vehicle safety. A common safety violation they encountered was helmet violations. Deputies also made multiple contacts with boat operators and passengers on Lake Powell to promote water safety.

Common calls that deputies responded to over the Labor Day weekend included:

45 assists to other agencies and attempt to locates

several Search and Rescue calls (see below for synopsis)

Seven other vehicle collisions occurred on regular roadways. In all but one medical transport was either refused or not needed. Three of the collisions involved animals crossing the road.

August 31 around 10 pm – report of four males injured in off-road collision in the area of forest road 82 (near Blue Ridge). Vehicle reportedly struck a tree ejecting three people. Two patients in critical condition were transported by air, and two other patients were transported by ground medics.

August 31 around 11:30 pm – report of adult male injured in ATV rollover accident in the forest area outside of Munds Park. Upon arrival, no one was located at the scene, but the vehicle was still present.

September 1 around 12:45 pm – report of a teenage male involved in quad rollover accident in forest south of Flagstaff. The camping group self-transported him to medical care.

September 1 around 2 pm – report of male injured in dirt bike accident in the forested area around Pumpkin Center. The patient was transported by family to medical care.

September 1 around 4 pm – report of female injured in a boat accident near Anchovy Point, Lake Powell

September 1 around 4 pm – report of male injured in ATV accident in forested area around Willard Spring. One person was transported by ground medics.

September 2 around 9:30 am – report of “side-by-side” that flipped. Parties self-transported to medical care.

September 2 around 10:45 am – report of female injured in ATV accident in forested area near Kelly Canyon. Patient was transported by ground medics.

September 2 around 5 pm – report of 9-year-old boy and two adults injured in off-road vehicle collision in the Cinder Lakes recreation area. The passenger and boy were transported by ground medics.

September 2 around 6:30 pm – report single vehicle collision involving two young adults and their baby on forest road in the area of Walnut Canyon. One person was transported by ground medics.

August 31 around 3:45 pm – report of a male hiker in West Fork who was in possible need of medical attention. Hiker later reported to no longer need assistance.

September 1 around 11 am – female was injured during fall in the area of West Fork. Patient required transport by rescue person via a litter carry to the trailhead / parking area.

September 1 around 3 pm – two young adult males were reported overdue to their campsite. They had been driving ATVs when they left their camp earlier in the morning. The were located and escorted back to their camp.

September 2 around 12:30 pm – a 21-year-old female on a 21-day group hike was reported to be having an anaphylactic reaction . Several agencies were involved in the search to attempt to locate the patient in the area of Chevelon Lake and Horse Trap. The patient was transported by Arizona Department of Public Safety Northern Air Rescue.

September 2 around 5:45 pm – report of 7 teenagers overdue to their campsite at Bear Canyon Lake. Game and Fish officers assisted and learned all had returned safely to the camp.

September 3 around 9:45 am – report of a female hiker who had been stuck in quick sand in the Paria Canyon near Big Springs since the previous afternoon. Arizona Department of Public Safety Northern Air Rescue and Search and Rescue responded to rescue the person.

September 3 around 8:30 pm – assisted Yavapai County Sheriff’s Office in response to multiple vehicles caught in swift moving water and mud in the area of Perkinsville Road and Drake Road (south of Williams, AZ)

On September 1, 2018, deputies responded to a male subject who committed suicide at a residence in Greers Trailer Park.

On September 1, 2018 deputies responded to a male subject who was found unresponsive in a bathroom at Knoll Lake.

Thank you to the other agencies who assisted: The Sheriff’s Office thanks all those individuals and other public safety agencies that assisted with responses during this holiday weekend and in helping to keep our community safe.