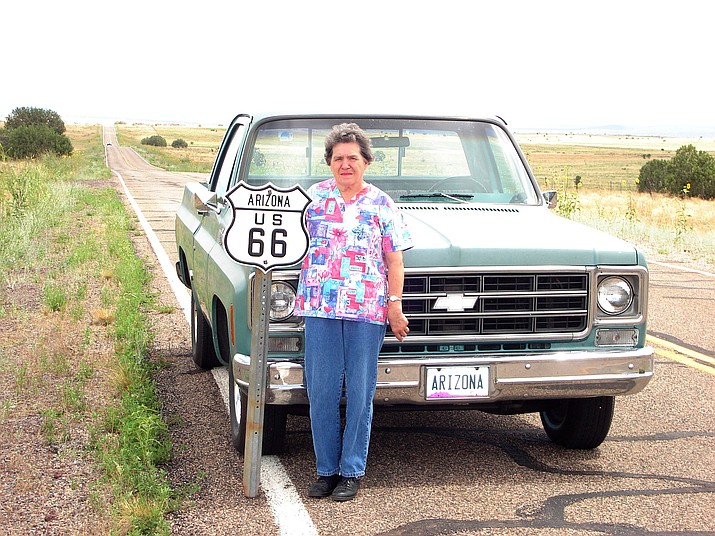 Estella Lopez Garcia, 84, a beloved wife, mother, grandmother and great grandmother of Ash Fork, Arizona passed away Oct. 22, 2018 at the Yavapai Regional Hospital in Prescott after a short illness.

Born in Williams, Arizona on Aug. 27, 1934, to Ysabel Navarro Lopez and Demecia Fajardo Lopez, the baby of 11 children attended school in Williams, graduating in 1953. Estella was in drum and bugle corps and was an outstanding Williams High School softball pitcher and later, Williams Lumber Jill’s and Williams Merchants teams, winning many accolades and championships. She is a member of Arizona League of our Own, which includes many Arizona Softball Hall of Fame members.

Estella married George Garcia of Ash Fork on June 4, 1955. They bought a house and settled in Ash Fork.

A homemaker, she raised her family and worked a few jobs to help out and stay busy later in life.

George passed away April 6, 2002; Estella continued to live in their Ash Fork home until her passing.

Estella enjoyed spending time with family, camping and fishing at Bear Sidings, extended family outings at Oak Creek Canyon and Rancho Garcia. She was always watching all our family sporting events. She loved watching little league games and her Diamondbacks. Estella also played golf and bowled in the leagues.

Estella enjoyed vacations with her sisters Lita and Josie in Southern California, often taking grand children along to enjoy the beaches. She enjoyed playing bingo with her friends, and looked forward to going on casino trips. She was a pretty lucky lady.

Estella was a strong woman and had the Viking spirit to the end. She will be dearly missed by family and friends.

Estella was blessed with 14 grandchildren, 14 great grandchildren and one on the way and many nieces and nephews.

Estella was preceded in death by her husband of 46 years, George and grandson Adam Martinez.

Family graveside service will be held Nov. 10 at Ash Fork Cemetery at 11 a.m. A reception will be held at the Sultana Theater in Williams at 12:30 p.m.

In lieu of flowers, please donate in her name to Williams Little League Softball, P.O. Box 443, Williams, AZ. 86046. Arrangements were made by ABC Funerals of Chino Valley.