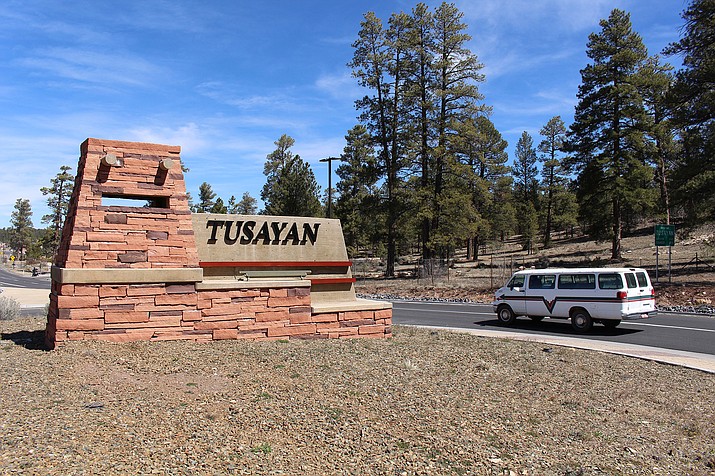 The National Park Service said visitors to parks in Arizona last year spent $995 million at nearby businesses, like those in the town of Tusayan, the gateway to the Grand Canyon.

The recordings can be found here.

At their worst, the recordings appeared to suggest the town’s elected officials and Stilo were breaking open meeting laws, disparaging a forest service supervisor and keeping certain information out of the public purview. At their best, the recordings publicly aired deep-seated town grievances, punctuated with what Stilo calls a “poor attempt at humor.”

The recordings were made following a July 20 public hearing, after which the audio streaming and capturing software the town uses to publicly broadcast meetings was left on for nearly two hours. The content was available to anyone who left their web browser open after the conclusion of the meeting. Voices heard on the recordings include council member Al Montoya, Vice Mayor Becky Wirth, Town Manager Eric Duthie and Stilo representative Tom DePaolo. Mayor Craig Sanderson was also present for some of the recordings. Council members David Chavez and John Schoppmann were not present.

Open meeting laws require any gathering where a quorum of elected officials is present (in Tusayan’s case, three of five members) to be announced and open to the public.

Although three members were present following the public hearing, Duthie said at no time were all three (Montoya, Sanderson and Wirth) together in the same room.

“A review of the recordings show three of the members participating in conversations at various points: Vice-Mayor Wirth, Councilor Montoya and Mayor Sanderson, but at NO time were all three in the same room,” Duthie said in a statement. “The early portion of the recording details a conversation between Wirth and Montoya, and, no comments or sounds were in evidence of the mayor’s presence during this conversation. Mayor Sanderson is clearly heard entering the room, and conversing with Vice-Mayor Wirth, after the recording clearly shows Councilor Montoya’s departure.”

The recordings cover various other topics, including how to manage negative publicity associated with Stilo’s proposed 2.5-million square foot retail and lodging development west of town; using personal emails to relay information and what public documents the town can and cannot provide in response to a Freedom of Information Act (FOIA) request.

Although the recordings suggest that certain documents be personally conveyed or hidden, Duthie said that no public documents in possession of the town have been tampered with.

“As far as assertions that any documents or e-mails discussed in these recordings have been destroyed or withheld, all public records in possession of the town are available, and will be produced upon proper request,” he said.

As for the poor attempt at humor, in which Stilo representative Tom DePaolo suggests the removal of Kaibab National Forest Supervisor Heather Provencio via false accusations of sexual harassment, Duthie said he and the other council members present (Wirth and Montoya) took the statement as a crass joke.

In one of the recordings, DePaolo can be heard saying, “There is always the fallback of starting rumors of harassment and get her (Provencio) thrown out.” After laughter, he goes on to say “That’s all you have to do is make an accusation and you’re guilty today.”

DePaolo has since apologized for his remarks in a letter addressed to the community.

“Stilo has worked with many top-notch U.S. Forest Service officials over the years, and they always have been accessible and dedicated,” he said. “In a poor attempt at humor, I disrespected someone who didn’t deserve it and has been nothing but professional to me. Unfortunately, my frustration with the delays in Stilo’s efforts clouded my judgement, and I did not reflect my respect for the process or local Forest Service leadership and I am deeply sorry for my inappropriate remark.”

DePaolo said he would also be apologizing to Provencio in person for the inappropriate remarks.

Clarinda Vail, a local resident, business owner and vocal opponent of Stilo’s development plans, said she was troubled by the recordings and characterized their content as a conflict of interest between groups in a very small town.

“I am proud to be part of a family business that has served Grand Canyon tourists for decades,” she said. “What was heard on the recordings troubles me as a businesswoman, and saddens me as a lifelong resident of Tusayan. The public, taxpayers and anyone concerned about the Grand Canyon should be outraged.”

Vail was the subject of many remarks in the recordings. During their last regular meeting, the Town Council declined to seat her on the Planning and Zoning Commission despite support from Chair Rob Gossard and Commissioner Clay Ann Cook.