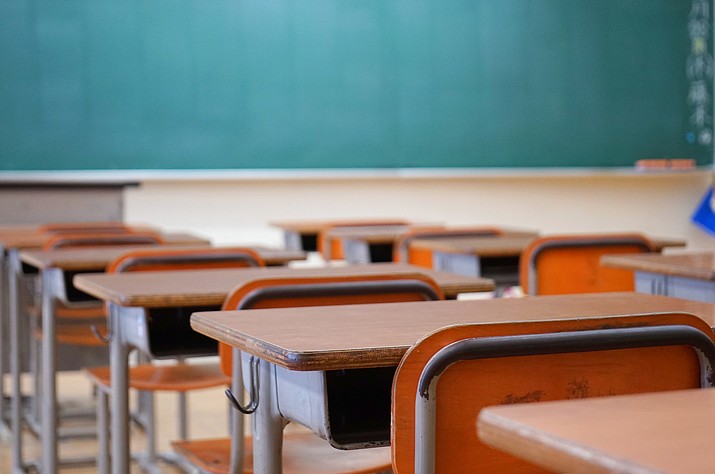 GRAND CANYON, Ariz. — With the ink dried on the latest set of Arizona Department of Education letter grades, Grand Canyon Unified School District is celebrating a jump in grades. Grand Canyon High School climbed from a C to an A, while, Grand Canyon Elementary maintained its B grade.

Among local northern Arizona schools, they’re sitting at the top of the class.

The only other northern Arizona school to receive an A was Camp Verde. Coconino, Morenci and Ash Fork High Schools received B grades, while Flagstaff, Page, Williams, Benson, Mayer and Chino Valley received Cs. Seligman received the regions lowest letter grade with a D.

AzMerit scores are based on a variety of factors; while student proficiency makes up a majority of the consideration at 30 percent, scores are also based on student growth, college and career readiness, English language learners’ growth and proficiency and graduation rate.

Principal Tom Rowland said credit for the rise in grades goes to the teachers, some of whom saw double-digit improvements in their students’ proficiency. Rowland said two new language arts teachers at the high school level, Elna Perkins and Melissa Schoeffel, raised their class’ score by nearly a combined 40 points.

Those are big increases for a school that struggled at the high school level last year.

Assistant principal Lori Rommel said the district’s efforts to invest in collaboration and utilize time for enrichment and re-teaching have been a major part of the effort to increase student performance.

“I think a big part of it is teams working collaboratively to look at the data and use tools like Phantom Academy and re-teaching time to zoom in on kids who may need some extra help,” she said. “We’ve had Beyond Textbooks and Phantom Academy, but it’s really starting to work as a well-oiled machine now. We just need to keep oiling that machine.”

Although not as drastic as the high school, Rowland said Grand Canyon Elementary also improved in every category, and maintained a B grade this year.

Like neighboring school district Williams, Grand Canyon Unified School District utilizes extra maintenance and operating funds through an override last approved by voters in 2013. The override allows the district to exceed its controlled maintenance and operating budget by 9.3 percent — approximately $197,228. In order to fund the override at the current level, the cost to homeowners within the district is about $1.24 per $100 of assessed property value.

The district says the funds would be used to continue supporting programs put in place after the previous override approval. Some of those programs include full-time kindergarten and enhancements to the music, fine arts and physical education programs. The district said some of the funds are also used to hire and retain staff members.

If the override measure is re-approved, the tax rate and funding level will remain the same. If the measure fails, amount of the override will be phased out over three years, reducing by one-third per fiscal year. Each one-third reduction would lower the secondary tax rate by 41 cents.