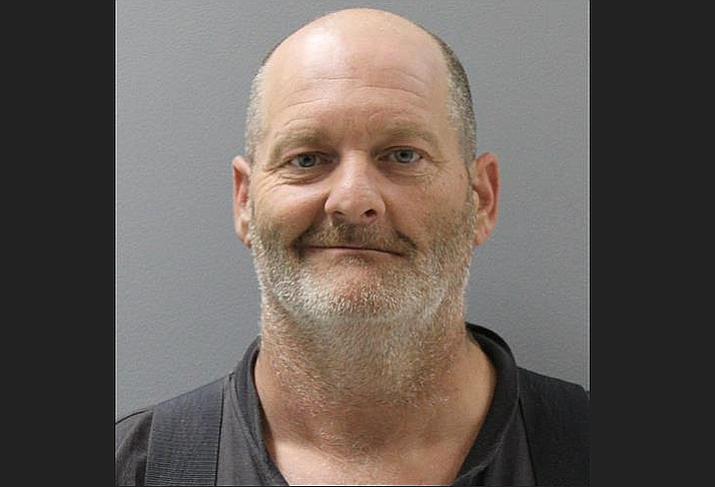 Yavapai County Sheriff's Office deputies are searching for Charles Gregory Jones in connection to a theft and eluding police.

ASH FORK, Ariz. — A man charged with stealing a Jeep in July and fleeing from police while under the influence of alcohol is being sought by Yavapai County Sheriff’s Office (YCSO).

Just after midnight on July 9, Chino Valley Police Department officers alerted YCSO deputies that a black Jeep Wrangler had just been stolen from the Circle K store on Highway 89 and was likely heading north toward Paulden/Ash Fork. Officers identified the suspect as 46-year-old Charles Gregory Jones, according to a YCSO news release.

Deputies tried to stop the stolen Jeep on Highway 89 north of Drake, but it sped away at over 100 mph, YCSO reported. The vehicle then exited onto Bullock Road and continued to be driven at over 80 mph.

“Deputies lost sight of the vehicle as they had to slow due to the rough terrain,” said YCSO spokesperson Dwight D’Evelyn.

The Jeep was eventually found unoccupied and returned to its owner, but Jones had escaped, D’Evelyn said.

The next day, Jones was located at the Seligman Court by YCSO deputies when he appeared on an unrelated matter. He was arrested and transported to the Chino Valley Police Department, where detectives interviewed him. He admitted stealing the Jeep and running from the deputies while driving under the influence (DUI), but was later released pending further investigation. The decision to release Jones was “apparently a decision by the county attorney,” D’Evelyn said.

Last week, a warrant was issued in this matter for Jones, charging him of fleeing law enforcement vehicle, vehicle theft and DUI. Jones has additional warrants for assault with intent to injure and a liquor in vehicle violation with a total bond of $25,000.

Jones lives/frequents the Juniper Woods subdivision of Ash Fork. He is 6 feet tall, weighing about 205 pounds with green eyes, gray hair in a buzz cut and numerous tattoos.