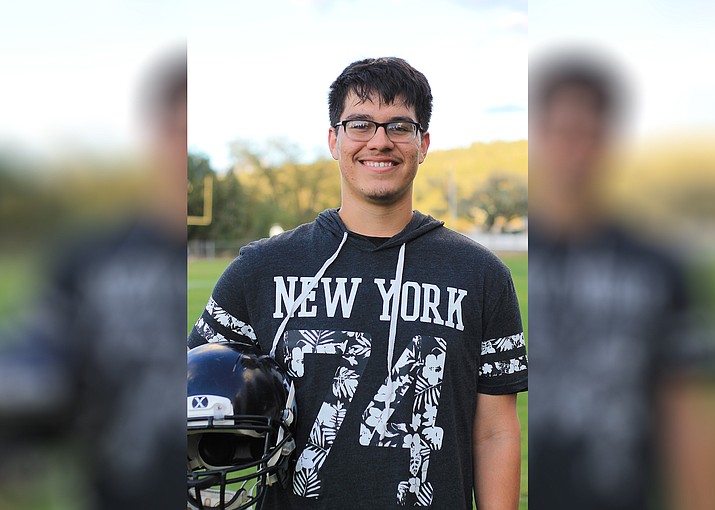 Cisco Paredes Jr. has played one year of football at Williams High School. He plays kicker and defensive end and sometimes center.

Cisco recently moved to Williams from New Mexico and this is his first year at the high school.

He said he likes Williams better than New Mexico because the weather isn’t as hot.

Cisco has enjoyed his classes at Williams High School and likes his football coaches.

He has enjoyed woodshop, photography and his science classes throughout high school.

He would like to take college classes and become a photographer after graduation.

Although he has only been in Williams for three months, he said he has made a lot of friends and enjoys the football team.