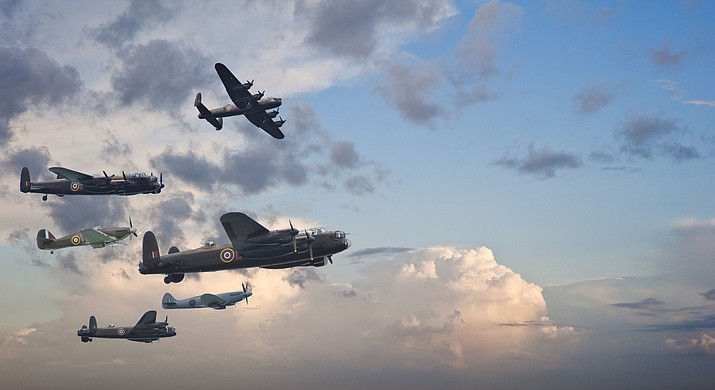 WILLIAMS, Ariz. — Plans are being finalized for the Williams Veterans Day Banquet Nov. 11. which celebrates the centennial of Armistice Day, which later became Veterans Day, and honors military service members for service to their country.

“As we express our gratitude we must never forget that the highest appreciation is not to utter words but to live by them.”

The banquet takes place at 6 p.m. at Miss Kitty’s Steak House, 642 E. Route 66 in Williams. Everyone is welcome, with veterans eating for free and guest plates available for a donation of $20.

“This is a community event, totally,” said Roger Ely, vice commander of the American Legion for the Department of Arizona. “It’s to honor the veterans on Veterans Day, it’s also to celebrate the 100th anniversary — the centennial of Veterans Day. It’s falling on that day — the eleventh day of the eleventh hour of the eleventh month.”

The event will feature history and military guest speakers, a color guard and live entertainment.

“I just had a meeting in town about (a group) doing a skit. We’re trying to do a Rosie the Riveter type of thing that has morphed into a Bob Hope show,” Ely said.

“This is not a solemn occasion,” Ely added. “This celebration is an opportunity for all members of our community to support and honor those who have served our country honorably, and to celebrate the 100th anniversary of Veterans Day with a great evening of entertainment, music, great speakers, a taste of history and a superbly elegant meal.”

This Veterans Day also marks the 100th anniversary of the end of WWI, which marked a change in the treatment and benefits for veterans and their families, according to Ely.

“(It) started a whole different attitude toward veterans, because the Civil War veterans and Spanish American War veterans were shot up and they didn’t have antibiotics at the time and they cut the limbs off and after the war was over they just sent them back to the farm … so after WWI the country said, ‘no, we don’t want to do that anymore. We want to start giving benefits to the widows, the children of the veterans and the veterans themselves.' That’s where the American Legion started and the VFW was in there. That’s still our job — to get benefits for veterans,” he said.

The evening will be funded by the support of the businesses, service organizations and supportive members of our city. All donations for the evening and the meal go to pay for the event.