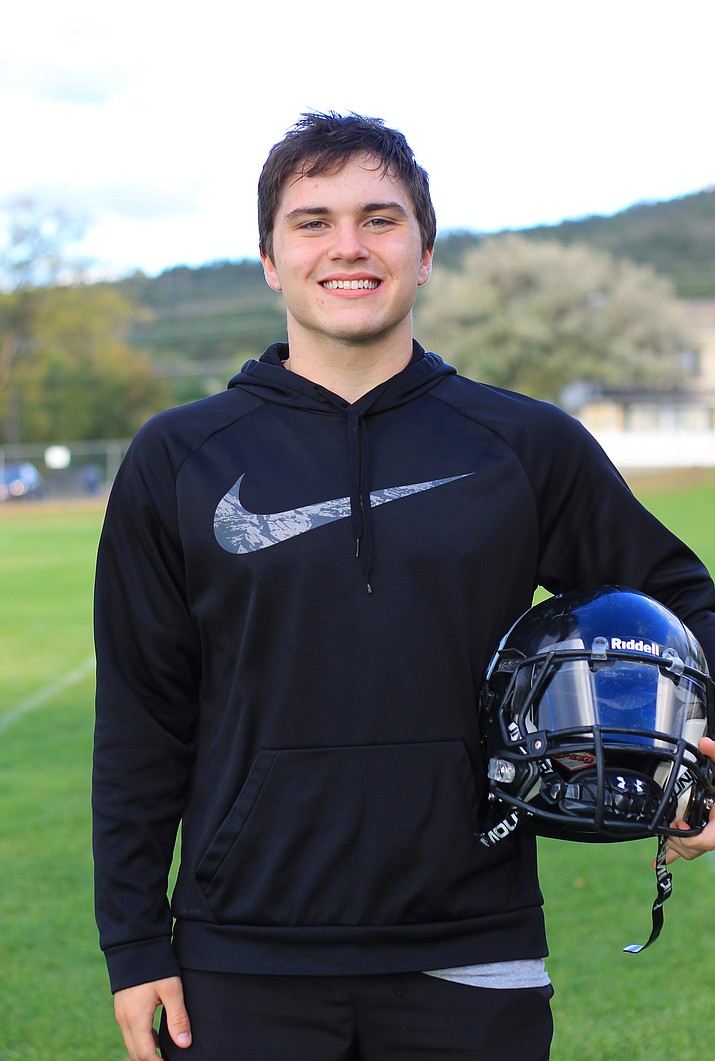 Cory has lived in Williams for his junior and senior years.

He has played three years of football as a right guard and linebacker. He wishes he had played basketball.

He likes Williams because it is smaller than where he lived in Illinois. He said its simple and settled.

Mr. Hatcher, Mr. Brownlee and Ms. Moreno have helped him at the high school. They keep him in check and keep him going. He likes his personal finance class.

He hopes to go to community college after graduation although he doesn’t know what kind of degree he would like.

He enjoys eating at Goldie’s Diner. If he went on a road trip he would take Mario, Alex, Chance, Angel and Dakota and go swimming in Sedona.