Flu season is here, get your shot now 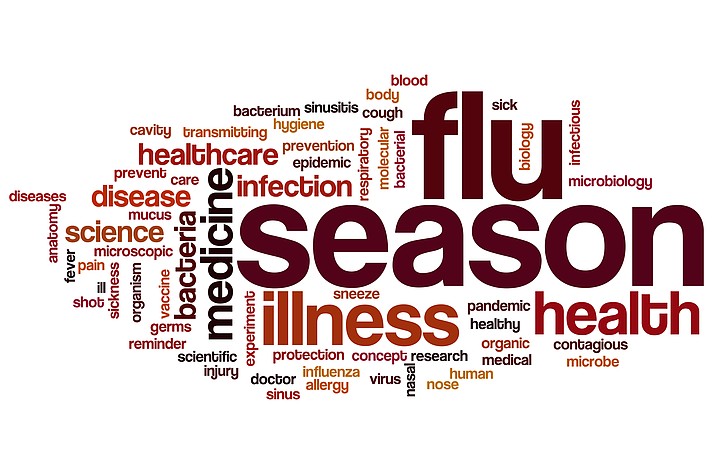 This week marks the start of the flu season, meaning the best time to get that flu shot is now, says Yavapai County Health Services Epidemiologist Stephen Everett.

“It’s better to get it now and you’ll have the antibodies in your system,” Everett said. “So if you get it later on in the season, at least you’ll be able to fight most of it off.”

After getting a flu shot, it takes about two weeks for the antibodies to start reproducing, said Yavapai County Public Information Officer David McAtee.

A lot of people will get the flu shot and a couple days later they’ll get the flu and think it’s because they got the shot, McAtee said.

However, it happened because they didn’t get the shot early enough, he said.

According to the Centers for Disease Control and Prevention (CDC), there are many different influenza viruses and they are constantly changing.

The composition of flu vaccines is reviewed annually and updated to match circulating viruses and vaccines protect against three or four of them.

While officials won’t know the calculations of effectiveness of the vaccines for this season until around January, Everett said he hasn’t heard anything about late rises in the southern hemisphere.

The summer months in the United States are the winter months in the southern hemisphere and predictions are made based on what occurs in that portion of the world, he said.

There have been some concerns in the public regarding vaccines and with the flu shot, the fear is Thimerosal which is mercury-based, Everett said.

However, that’s only used in the 10-dose vials.

There are none in the single-dose syringes used by YCCHS, McAtee added.

“You’re not even at risk of getting that preservative which is so small to begin with,” he said. “It’s less than a tuna fish sandwich.”

Everyone 6 months or older should get vaccinated for the flu with rare exceptions, according to the CDC.

If you have severe allergic reactions to latex or eggs, then it’s better not to get it, but in all other cases people should get it, Everett said.

Warning signs of a severe flu, according to the Center for Disease Control and Prevention:

Further, medical help should be sought right away for any infant with the following signs: